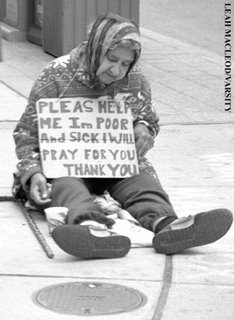 " Education is an admirable thing . But it is well to remember from time to time that nothing that is worth knowing can be taught . " - Oscar Wilde .


In the same few days that attention was focussed on Bertie Ahern and the few shillings that this 'plain-man-of-the-people' received in Manchester - and at the expense of highlighting other dodgy deals and the continuing mis-conduct in this corrupt State's 'Health Service' , 'Allied Irish Bank' announced that none of its Officials will be disciplined in regards to its 'internal investigation' into the manner in which AIB customers were defrauded by over-charging . AIB management announced that they had discovered a further £21 million in illicit fees charged to customers during the late 1980's and early 1990's , bringing to £65.8 million the total (so far?) value of the banks rip-off ! However , no-one will be held accountable because , according to AIB bosses , there is a lack of evidence "...due principally to the passage of time.." So , presumably , if you can avoid paying back your loan to this bank for as long as possible , you will be in the clear ... !
Finally ,if , by some misfortune or other , you find yourself homeless , you may find that a bed awaits you courtesy of the Horsey Set - for it has recently been announced here that , from 2001 to date , €317 million of taxpayers money has been handed over to those that oversee the 'Sport of Kings' in this wee Statelet .
Jolly glad to see that our priorities are right.......