STORMONT MINISTER ISSUES DECREE THAT HE SHOULD LIVE FOREVER AND WALK ON WATER. PRACTICALLY ! 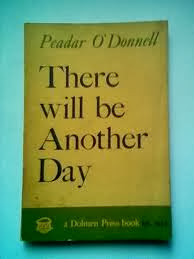 By Peadar O'Donnell ; first published in January 1963.
The 'Red Scare' of 1931 was nonsense, in relation to Irish life, but it was necessary to make a climate for new 'terrorist' legislation, and it was easy to make such a climate, for there was a scare abroad and even robust intelligence is not always a safeguard against a scare. The Free State government raised a great din, and press and pulpit formed a jazz band that bare throats could not cut through to reach the people. Leinster House had a considerable measure of success, mainly because the IRA having first cut itself off from de Valera and later estranged itself from Sinn Féin, did seem a bit 'new' , especially since it had not found a way to fulfil the purpose, which alone would have justified it in striking out on its own, to associate itself with people on concrete social struggles and so interpret its politics to them.
I had the unique experience of seeing the 'Red Scare' develop on two fronts at the same time - is human hysteria a virus which crosses national frontiers as easily as influenza? I sneaked in and out of Ireland to attend executive meetings of the European Small-Farmer Movement in Berlin : I even chanced to be on the spot when a Nazi mob wrecked a cinema which was showing a 'defeatist' film called 'All Quiet on the Western Front'.
Count Michael Károlyi, who was one of my associates on the European committee, lived in Berlin at that time and he was an experienced observer. I also had the enlightened guidance of two grand people, the Grabisches, who fled Germany in the end, to the very great joy of their many Irish friends - my wife and I spent the Christmas of 1931 with them. (MORE LATER).

By Michael O'Higgins and John Waters. From 'Magill Magazine' , October 1988.
The success of the Crown strategy can, as much as in the jury's verdict, be measured in the number of inquest hours spent in hearing experts from both sides argue the toss about the feasibility of setting off a bomb located in the assembly area by remote control from the places the killings occurred. There was, as Paddy McGrory himself said, an air of unreality about it - it was occasionally necessary to pinch and remind oneself there was no bomb in the assembly area and none of the three had a detonating device. It could be argued that since the Crown chose to throw the balls, McGrory had to play them by fielding his own experts. But equally, by getting sucked into their game of self-contained logic, McGrory may have allowed the Crown to dictate the nature and pace of the inquest, leaving a lot of damning evidence about what actually happened on the day insufficiently underlined in the minds of the jury.
It all comes down in the end to the twenty-odd shots, fired by three men, over an aggregate if not an actual period of ten seconds, which left three people dead. When the clouds of confusion, created by the talk of plots and counter plots, traps, bombs, Rules of Engagement , warnings, threatening looks and 'things uppermost in people's minds' are cleared away, that is what you are left with. That and the forensic evidence which, for all the sloppiness of the preservation-of-scene operation, is remarkably telling.
With Seán Savage, as the coroner himself remarked, it is probably impossible to establish with any certainty what actually happened - the story told by Soldiers 'C' and 'D' about him "corkscrewing to the ground" while they were firing at him, while stretching credulity, might just possibly be true. Even so, there are a number of puzzling things about the evidence relating to Savage's shooting. The soldiers say they fired a total of fifteen shots at him - Soldier 'C' six rounds and Soldier 'D' nine. There was a total of fifteen bullet cases found in the vicinity, which seems to tie in. But another spent shell was found in Seán Savage's left-hand trouser pocket, something which seems to have been overlooked by both the coroner and Mr. McGrory. If it did not relate to the shots fired, the possibility arises that it was some kind of bizarre 'memento' planted by one of the soldiers. It is difficult to say which of the two scenarios is the most ominous. (MORE LATER). 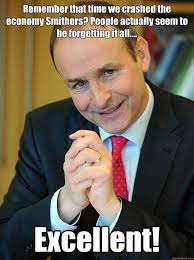 "Gerrymandering" , Mr. Martin called it : "It is the biggest attempt to manipulate election boundaries in the 35 years since Fianna Fail introduced independent Boundary Commissions...." (from here) , adding "....we saw that straight away when the terms of reference were published,that skewing was going on....".
However, a more important 'skewing' by a Boundary Commission has been ignored by Mr. Martin and his party and, indeed, by the administration and the so-called 'opposition' in Leinster House-the 'Boundary Commission' established under 'Article 12'of the 1921 'Treaty of Surrender',which was tasked with 'determining the boundaries between the newly-partitioned 6 and 26-county 'states' ' ,the deliberations of which caused a mutiny within British forces in Ireland!(PART 15)
'Sir' Richard Dawson Bates, the Stormont 'Minister for Home Affairs', put together his RIC raiding-party and stormed the Offices of Fermanagh County Council ; the building was seized, the Council Officials were expelled and the institution itself was dissolved! In the following four months (ie up to April 1922) , 'Sir' Bates and his RIC raiding-party were kept busy ; Armagh, Keady and Newry Urban Councils, Downpatrick Town Commissioners, Cookstown, Downpatrick, Kilkeel, Lisnaskea, Strabane, Magherafelt and Newry No. 1 and No. 2 Rural Councils and a number of Boards of Poor Law Guardians had all been dissolved and (pro-Stormont) 'Commissioners' appointed to carry out their functions!
The people of those areas (ie the voters !) were not asked their opinion on whether their Council should be closed down or not, nor were they asked if they agreed with the 'appointment' of a new 'Commissioner' ; in all cases , the new 'boss' understood what his 'job' was - to do as instructed by 'Sir' Bates and his bigoted colleagues in Stormont. In actual fact, the new 'Commissioner' for Armagh and Keady Councils , for instance, was a Colonel Waring, who later 'progressed' through the ranks to become a County Commandant of the 'B' Specials!
'Sir' Bates must have considered himself an all-powerful 'God' by this stage, because he then gave himself the 'legal authority' to ".... outlaw organisations, to detain or intern people indefinitely without charge or trial, to make it an offence to refuse to answer questions put by a policeman, Special Constable or soldier, to impose curfews, make exclusion orders, to examine bank accounts and seize same if required, to block roads and bridges, and to evacuate or destroy houses and buildings...." The man was only short of issuing a decree that he should live forever and walk on water if he wanted to...! That 'law' was introduced in Ireland in the early 1920's ; some forty years later, a certain South African Minister for 'Justice' was to make reference to it.... (MORE LATER). 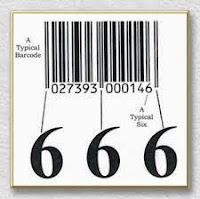 Not forgetting about our own on-going injustices with Westminster, but as Irish republicans we are practically duty-bound to show support to other peoples that are also suffering from imperialism.
If you can attend street protests, pickets and/or demonstrations, well and good but, if for whatever reason you are unable to show your support in that fashion, then here's something you can do : hit those aggressors in their pockets. This list, although by no means 100% complete (ie visually check the label of each item in your shopping basket) will give you some idea of the range of products that help to keep the Israeli economy afloat. And while you're at it, you might like to be able to put a British-made product back on the shelf, too - useful list here re same!
And, by the way - with the date that's in it - let's not forget that Israel is a nuclear power and has shown that, as a State, its political and military leaders are capable of any atrocity which they believe would further their own interests. Just like their political and military backers and mentors. Ill-disposed people of that nature should not be allowed near a panic button, never mind a nuclear button.

KILKENNY TO WIN/LOSE ONCE/TWICE, CABHAIR TO BE VICTORIOUS! 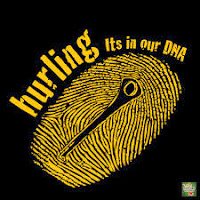 And another 'Second Sunday Raffle' awaits us this coming weekend, as out usual sports hotel venue prepares itself for a busy Sunday : the manager has been on to us to let us know it's standing-room only as the Wolves intend to do a bit of shopping in Norwich and some team from some other City will be Arsenal-ing around on a soccer pitch hoping to Shield themselves from defeat, a job that Kilkenny , apparently, will have to do twice on that same Sunday, as different teams from that city will be playing against teams from Waterford and Limerick. CABHAIR, on the other hand, by virtue of the fact that those matches are being held and the sports hotel is specially geared-up to suit such occasions, will leave 'at the end of play', having handed out €440 in prize money, a clear winner! We will, as usual, post the results here if not on the day itself then asap after we sober up recover....!
Thanks for reading, Sharon.