It was a near thing that the agitation did not burn itself out within the few townlands committed to it before other districts became involved. It was not easy , so late in the day as 1926, to convince even neighbour districts that this issue was vitally related to the independence struggle, since nobody raised it when the War of Independence was at its height.

The current annuity by itself , unrelated to a national issue, was not a matter of any great concern, and so for a time a few townlands stood alone. There is little left today of many of the townlands in which this agitation was cradled - they were a remnant of the Irish of history with little or no place in Irish life : its economy bypassed them. The Republic might have brought them back into it but its defeat sealed their fate. So they left, following well-beated paths into strange lands, a firm, gay people who blamed nobody for their lot.

It became them to make a proud stand against 'The Sherriff' before they set out, for, so to speak , that was where they came in - the prelude to Kinsale and its sequel. It would ill become me not to help them leave behind them some word of what they did. Indeed , I, too, might have failed them but for Maurice Moore. It is fitting that it should be from him the push came to make me write this, for he came to the aid of the townlands when they had few friends. He would like to be remembered with them , and they would like that, too.

For myself there is the further reward that this booklet is a footnote to Liam Mellows's 'Notes From Mountjoy Jail....'
(MORE LATER).

" Of the two warrants signed by me , at the request of the Commissioner, one was never enforced after the Minister for Posts and Telegraphs consulted the Taoiseach : it was in connection with the attempted arms importation and it was in respect of a public servant (not a member of Parliament) who was deeply involved. I was no respector of persons and saw no reason for exclusivity but the Taoiseach took another view. This again made me - and the Garda Authorities - have doubts as to whether the Taoiseach was in earnest in directing on April 20th that the matter be fully investigated.

The manner in which postal censorship was exercised was dealt with by Mr Haughey in May 1963 and by the Taoiseach in 1970 (Vol. 246 , No. 7, Col. 1332) and by Mr O' Malley in the following month in even greater particularity but the answers of each were to the same effect.

I had been pilloried by 'Backbencher' , a gossip columnist in 'The Irish Times' , on several occasions in the 1960's for "tapping" telephones when I was completely innocent......."
(MORE LATER). 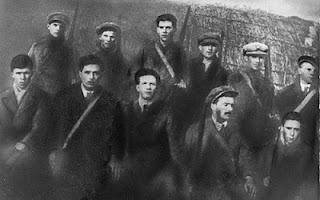 
Paddy Moran and Joseph Rochford are charged with the 'murder' of Lieutenant Peter Ashmun Ames at 38 Upper Mount Street , Dublin, on 'Bloody Sunday', November 21st, 1920. Joe Rochford was acquitted but Paddy Moran was found guilty and sentenced to be hung. A large number of alibi witnesses had come forward for Moran but three British soldiers identified him as being in Upper Mount St.
Paddy Moran "....was arrested on two occasions in early 1920. While in detention at Arbour Hill Prison, he was identified as being one of a group of men who had killed Lieutenant Ames at 38 Mount Street, Dublin. Moran strongly protested his innocence of any involvement in Bloody Sunday. His alibi was that he was at Mass in Blackrock (over four miles from the scene of the shooting) at the time and seen there by several people including a member of the Dublin Metropolitan Police...."
(From here.) 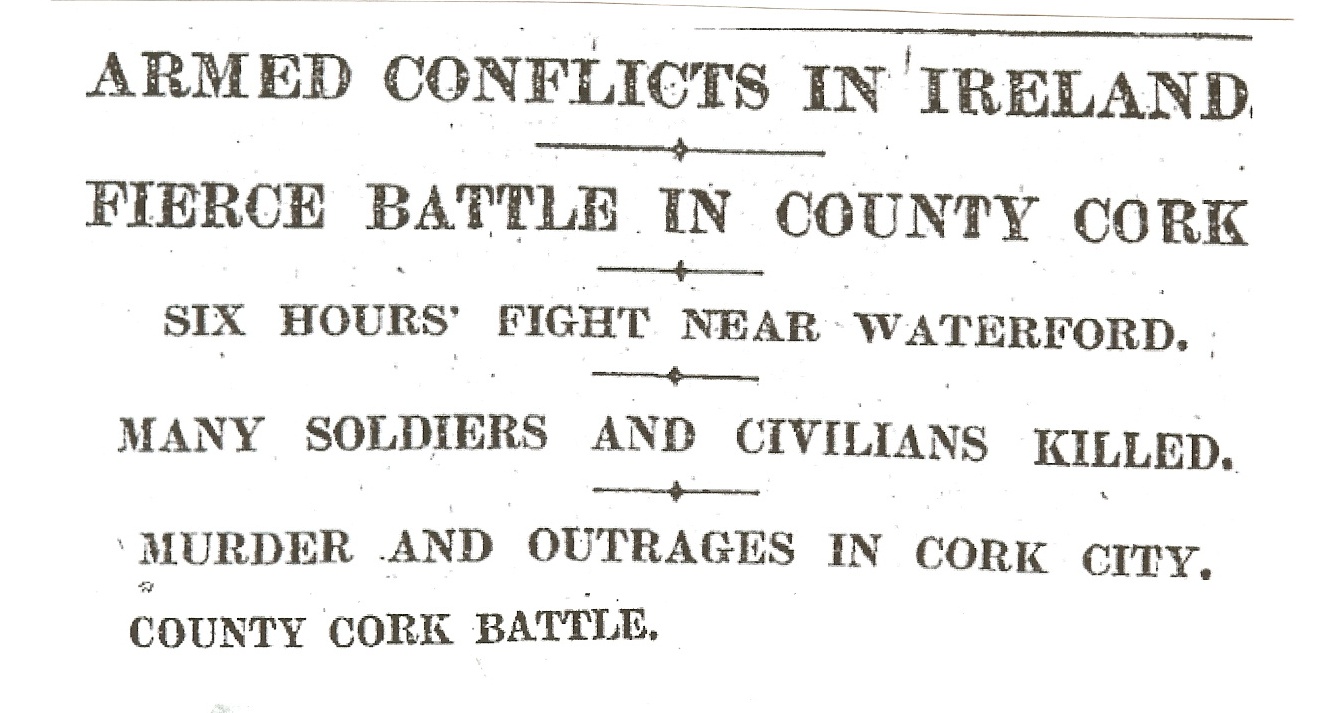 "Let the moon shine out tonight along the valley
Where those men who fought for freedom now are laid
May they rest in piece those men who died for Ireland
And fell in that Upton ambush for Sinn Fein....."

On the 15th of February 1921 a planned ambush by the I.R.A. of a train carrying British soldiers went wrong resulting in the death of three I.R.A. men and six civilians. The plan was to ambush the train when it stopped at Upton station : the station staff were detained by the I.R.A. as they waited for the train , which held about fifty soldiers of the Essex Regiment , to arrive. The British soldiers were dispersed throughout the train rather than concentrated in the central carriage as the I.R.A. believed. As a result of acting on faulty information, the civilian causalities were high and the British soldiers were in a better position to repel the IRA attackers. The three dead I.R.A. men were Lieutenant John Whelan a native of Liverpool England, Lieutenant Patrick O'Sullivan of Raheen, Upton , and IRA Section Commander Batt Falvey of Ballymurphy, Upton.


CLONMULT MASSACRE TO BE COMMEMORATED.... 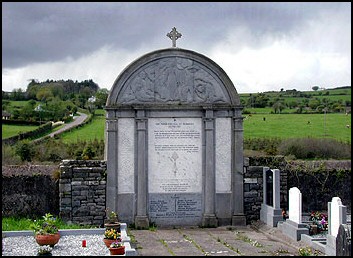 On the 20th February 1921 , IRA Captain James P. Aherne and Volunteer James Glavin , two members of an IRA 'Flying Squad' that was based in Cork, watched as one of their number headed off on a short stroll to a near-by stream to collect water for the IRA Squad : a poacher , an ex-British Army man, was on the far side of the stream laying traps for rabbits when he spotted the man , whom he knew to be an IRA member, and watched as the IRA man filled as many buckets as he could carry and observed as the Volunteer headed to the near-by cottage. The poacher reported the sighting to the local RIC and they , in turn , called-in a Black and Tan murder gang. The cottage was soon surrounded by these armed pro-British thugs.
Twelve I.R.A. Volunteers were killed and another two were executed later :

The Clonmult Martyrs Commemoration Committee will pay tribute to those brave IRA Volunteers on Sunday , 19th February 2012 : those attending are asked to assemble at the Courthouse , Main Street, Midleton , County Cork , at 2.30pm , from where a parade will be held to the Churchyard at Saint John the Baptist Church , where a wreath will be laid and an oration will be delivered by Mary Ward.
ALL WELCOME !
Thanks for reading,
Sharon.