MORE QUESTIONS THAN ANSWERS .......
James Keegan died in Granard Garda Station last September (1986) . Earlier this month , an inquest was held in Longford to ascertain the cause of death.
The central question - how James Keegan managed to tear a blanket and hang himself within four minutes - still remains unanswered .
DEREK DUNNE reports.
From 'IN DUBLIN' magazine , February 1987 .

Dr. John Harbison found that , in effect , James Keegan died not from hanging but from strangulation which was self inflicted . He had 135 milligrams of alcohol per 100 millilitres of blood , with a higher reading for his urine . According to Dr. Harbison , James Keegan was only slightly over the limit , which might have affected his manual dexterity .

He placed the time necessary for performing all the various actions including tearing the blanket , tying it up and so on , at ten minutes . That time might have been increased by his alcohol level . Dr. Harbison found other unexplained marks on the body : there were three small grazes on the neck , a small scratch on the back of the neck and a scratch at the root of the neck , and the doctor offered the explanation that some of these injuries could have been caused by the loosening of the noose , or the laying out of the body .

There was also bruising on the spine , and shoulder bruising , which was not part of the hanging process . Neither were the marks on the neck typical of noose marks . There were further unexplained puncture marks on the right groin . No drugs or poisons were found in the body . While Dr. John Harbison was pressed by the solicitor for the gardai into stating that he could not exclude totally the possibility of death due to a heart attack , neither could he positively say that there was evidence of death by hanging.......
(MORE LATER).

THE QUALITY OF JUSTICE IS STRAINED.......
Many who fully support the concept of law and order cannot but feel some disquiet about developments in recent years .
From 'New Hibernia' magazine , April 1987 .
('Editorial' page)

The legal system and the law enforcement policies which go with it are there for the protection of society , for everyone . In a democratic system the State has a right and a duty to protect itself and its citizens . Other regimes operate on the basis of maintaining order and give scant regard for law in doing so ; this works , at least in the short-term but , almost invariably , it works at the expense of ordinary , law-abiding citizens .

Should the Irish public not be entitled to a legal and law enforcement system which is above most , if not all , suspicion ? Are they getting it ?

The former deputy Chief Constable of the Manchester Area , John Stalker (and here) , made a very telling point in a recent interview when he distinguished between evidence and very well-founded opinion : asked if there had been a conspiracy against him , he replied that , as a former policeman , he did not have proof of such a conspiracy , but , as a man , he had no doubt . Some members of the public , looking from the other side of the mirror , may feel similarly about the legal system at times .
[END of 'THE QUALITY OF JUSTICE IS STRAINED'].
(Next - 'The Heavy Hand of The Law' : from 2003)

The trojan work of the people in the Simon Community is highly laudable - nobody asks them to do it . Last year the Dublin branch of the Simon Community got a paltry grant of £15,000 from the State politicians , but to run the night shelter , the soup run and the residential house in the neighbouring Sean MacDermott Street costs somewhere in the region of £270,000 a year .

Last year (ie 1986) the politicians gave a grant of £315,000 to local authorities to enable them to look after stray dogs!

It is no wonder that many people who work with the homeless in this State feel let down by successive political administrations . Because they have been .

'1169...' Comment : before we leave the issue of homelessness , we want to bring the following to your attention - 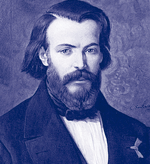 Frederic Ozanam , who founded the Society of St. Vincent de Paul , defined its role as - " The question which is agitating the world today is a social one . It is a struggle between those who have nothing and those who have too much . It is the violent clash of opulence and poverty which is shaking the ground under our feet .

Our duty , as Christians , is to throw ourselves between these two camps in order to accomplish , through charity , what justice alone cannot do . "


" There is only one class in the community that thinks more about money than the rich , and that is the poor . The poor can think of nothing else . That is the misery of being poor . " - Oscar Wilde .


Could I suggest that , as we rush around in our car , on the journey from our house to our job - only to be stuck , yet again , in a traffic jam - that we reflect on how fortunate we are in that we enjoy reasonably good health , we have a home , a car and a job . We have family , friends , colleagues and comrades . As John from this parish is fond of saying - "...sure is'nt there many in Glasnevin would love it.."