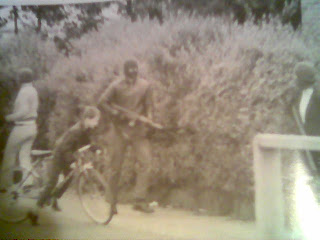 The IRA has so far spent most of this year (1980) killing 'soft' targets like so-called 'off-duty' UDR men and the campaign against prison warders has been halted to await the out-come of the H-Block negotiations .

But it is Charlie Haughey's tough policy and legal moves against IRA operations in the Border counties which has done more to impair the IRA in the last year than the RUC and British Army combined in the last three years . Cross-border 'co-operation' between the Garda and the RUC at regional commander and ground level combined with meticulous Free State Task Force searches of Border farms have seriously disrupted IRA logistics and produced a number of significant arms and explosives dumps .

Those tactics are described by one IRA leader as "devastating" and things could get worse for the Provos if Haughey's attempt to activate the dormant 'Criminal Law Jurisdiction Bill' for cross-border offences succeeds....... 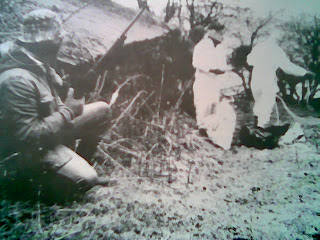 IRIS : " If you were to specify one particular need which you consider the highest political priority for republicans at this time , what would it be ? "

IRA : " To organise support and structure it . And to ensure that opposition to British rule is not restricted to military actions but that people's opposition is channelled into resisting in whatever way they are able."

As prisoners with political status were being released , their numbers rapidly dwindled : in August 1979 there were only 7 left , a month later , 4 - the Price sisters, Chris Sheerin and Pauline Deery . The first three were eventually released on compassionate grounds for extreme ill health . As the women got fewer , the prison screws got more aggressive - " They were trying to get us to give up our political status..., " says Kate McGuinness, released in August 1979 , " ...in petty ways they were trying to take away our rights."

Pauline Deery writes - " By 1980 , education classes for republican prisoners were almost non-existent , and exercise time has also been substantially reduced from 1976 . In 1976 we could stay in the exercise yard all day but , by 1980 , it was down to two hours in the morning and two hours in the afternoon . In 1983 I was moved to a unit on 'B1' on my own , and my exercise time was halved . Food parcels are now strictly limited , as are handicrafts .

Political papers and film shows have been stopped and cell searches , in the absence of those occupying the cells , have been introduced , as have strip-searches . I am unable to see my brother or my fiance , who are both in Long Kesh prison, because I won't take the strip-search . A remand prisoner was charged for talking to me through her window last year , and she was locked up for it..." 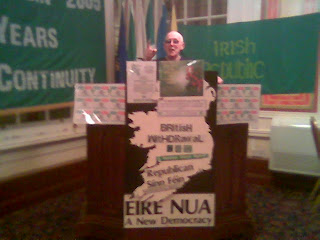 Some pics from the opening session of the 104th Ard Fheis of Republican Sinn Féin , which is being held in a Dublin city-centre venue over this weekend , Saturday 8th and Sunday 9th November 2008. I'll have to let the pics speak for themselves as I'm trying to help organise one of these as well as doing a wee bit at the Ard Fheis . Much too busy to tell you of the large crowd present , the extra helpers needed at the Book-In table and the extra people roped-in to work the Ard Fheis shop . You'll just have to make do with these few pics for now!

The above two pics were taken within a half hour of the opening of the Ard Fheis. 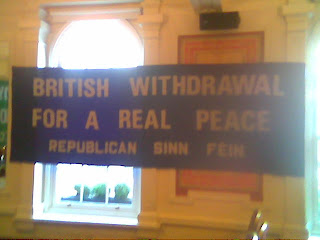 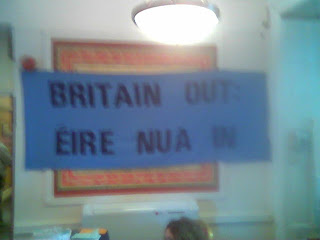 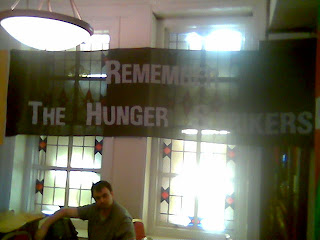 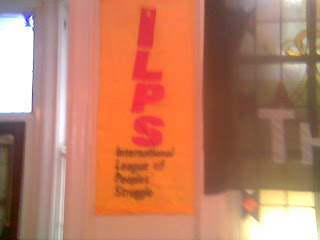 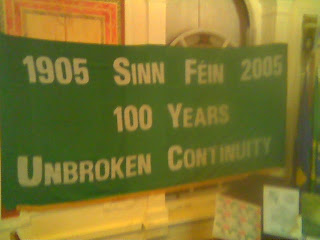 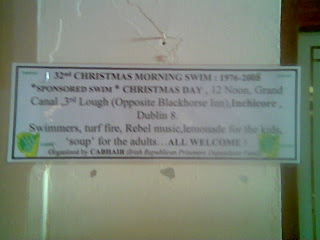 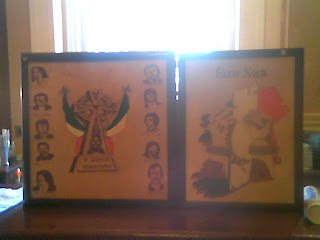 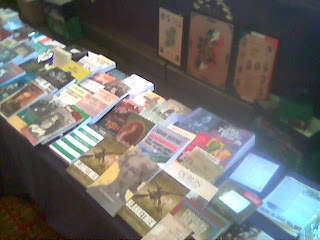 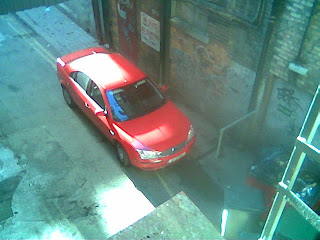 ....one of the Special Branch cars used by the State to spy on the proceedings of this Ard Fheis . That red car was parked in a side lane beneath a fire escape landing used by those stepping-out of the Ard Fheis hall for a cigarette : it is believed an on-board camera was monitoring those on the landing as they had their smoke . Also , note the absence of insurance , tax and/or NCT discs ; State cut-backs , perhaps...
That's all for now - back to the monthly raffle work for me !
Thanks,
Sharon.