Harry Kirkpatrick had been arrested and taken to Castlereagh on numerous occasions . He was picked up and taken there on 4th February 1982 but he had a method of dealing with the questions - say nothing and stare at the wall . The RUC were talking to him about the killing of RUC man Lindsay McDougall but Kirkpatrick said nothing . Then the RUC brought in Seanie McConkey who accused Harry Kirkpatrick of being involved in the McDougall killing . Kirkpatrick professed to remember none of this at his 'trial' .

After seven days , he was charged with the killing on the word of Sean McConkey , but then McConkey retracted his statement and Harry was out again . Then John Grimley started to talk and implicated Kirkpatrick , who was once again lifted and found himself back in Castlereagh . He was kept there for three days . " Look , what's the score here ?" , Harry asked his RUC captors , and was told that he would probably do time on the word of John Grimley . Jackie Goodman had also turned informer and Kirkpatrick was worried . He started to talk.

He said that Jackie Goodman was "...a nobody in the organisation . I'm Brigade Operations Officer for the North but I am saying nothing more." He asked to speak to someone higher-up in authority and wanted "...an assurance." He was told that nothing could be promised ; Kirkpatrick then said that not alone was he Brigade Operations Officer for the North , but that he was also Brigade Quartermaster and Brigade Adjutant . An RUC detective asked him what operations he was involved in and he replied "Murders and a lot of conspiracies." However , he could remember none of the above at his 'trial'.......
(MORE LATER).

The French Judge dismissed the case against James McCann and he was set free , only to be arrested in Dublin in August 1979 . In a well publicised court case he was charged with drugs and firearms offences and then acquitted on the direction of the judge in March 1980. The 'Irish Pimpernel' has now beaten the rap for the third time !

Observers of this extraordinary affair were left wondering when and where the next piece of the jigsaw would drop into place - and it fell sooner than expected . In June 1980 , as Denis Howard Marks picked up a glass of sherry in the bar of the Swan Hotel in Lavenham, England, two plain clothes customs investigators stepped forward and slipped a pair of handcuffs over his wrists.
[END of 'The Howard Marks Affair']
(Next - ' CIA Slams Irish Judge')

Apart from Jervis Street and Coolmine there are a few non-residential therapy groups , among them , in Dublin, is the Drugs Advisory Centre in Ballymun , the Anna Liffey Project , the Rutland Centre at Knocklyon Road and the Talbot Centre in Sherrard Street . There are also a number of 'Narcotics Anonymous' groups in Drogheda , Wexford , Limerick and Belfast , as well as some in Dublin .

The response of different communities throughout Dublin to the drugs crisis began last year with the people of St Teresa's Gardens, followed rapidly by the communities in Dolphin House , Hardwicke Street , Liberty House , Tallaght , St Michael's Estate in Inchicore and others , taking a stand against heroin . This invariably started with meetings being organised in local halls or schools to discuss the problem .

In areas like St Teresa's Gardens and Dolphin House there was an immediate and overwhelming response and , as with all those other areas , there was a general agreement that drugs were a community problem which could only be resolved by the local community . Street marches and protests were held on the flats of local pushers and they were told to stop pushing drugs or leave the area . Citizen patrols were organised to turn away drug addicts coming into the areas to get their 'fix' . The pushers were now getting 'pushed' . Then the State media branded the local communities as 'vigilante mobs'.......
(MORE LATER).

BRITISH WARSHIP IN DUBLIN : PICKET ORGANISED.
British warship 'HMS Mersey' , docked in Dublin at John Rogersons Quay and will be there untill Thursday - a Republican picket as close as possible to the ship will be held on Wednesday 19 August 2009 , beginning at One pm.

This ship , which boasts of Armaments consisting of one 20mm British Manufacturing and Research Company (BMARC) KAA Gun and two General Purpose Machine Guns also carries a complement of 30, plus a Royal Marine boarding party. It takes its military orders from the same institution (Westminster) which continues to claim jurisdiction over six Irish counties and , as such , it is not welcome. 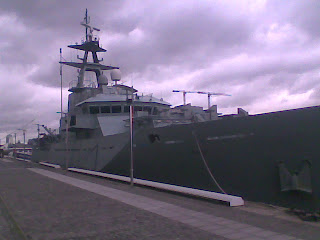 A picket against this ship and what it represents.... 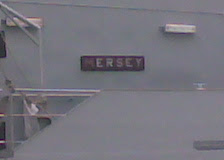 All Welcome!
Thanks,
Sharon.