-the words of one of the Swim organisers , addressing the crowd at the 3rd Lough in Inchicore , Dublin , at the annual CABHAIR Christmas Day Swim. And those conditions were rough : nature prevented access to the usual spot where the Swim takes place (12 inches of snow!), so proceedings were held about 20 feet from there , at the actual entrance to the Canal Road - and this small area had to be cleared by the 'Cabhair Crew' as best as possible , with shovels, allowing at least some possible swim-related use of the space.

The event started later than usual , and the crowd watching was smaller than usual , too - both due to the fact that the weather had ensured that it was almost impossible to either hold it at all or to get there to watch whatever proceedings could be held - in the event , the Swim was held, and the seven sponsored swimmers made it their business to be on site , each 'earning their keep' , including one swimmer from England !

For the record , it should be noted that 17 media outlets were notified about this Swim - including the two major television stations in this State - but not one reporter/photographer/camera crew etc arrived to observe the event : far too 'political' for them , apparently , as coverage would ensure that their viewers/readers/listeners etc would be reminded that the issue of British interference in Irish affairs is on-going. However - the organisers had the Tri-Colour flying , Irish rebel music on the sound system and one of them delivered a short speech to the crowd , all of which highlighted the fact that British interference in Irish affairs is , in fact , an on-going issue , a position which only the four 'Special Branch' observers on site disagreed with.

The CABHAIR organisation is to be congratulated for holding this event , in the almost-impossible conditions that prevailed , as are the seven swimmers that entered the below-freezing waters , and those that made it to the site to view proceedings -
well done to all ; a credit to Irish Republicanism!

We publish with this brief report a few pics , with a link at the end to more of same : 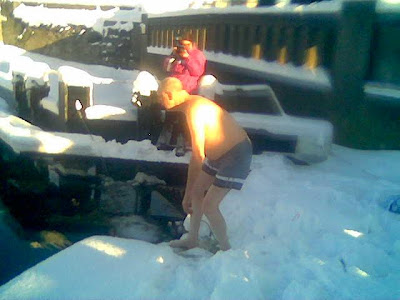 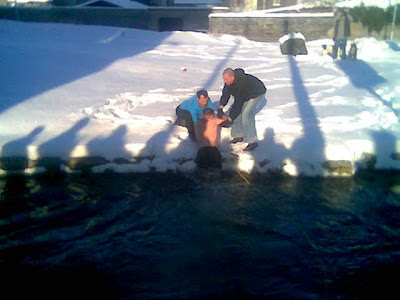 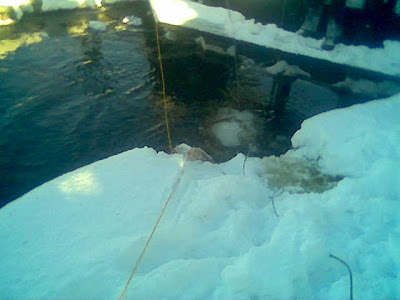 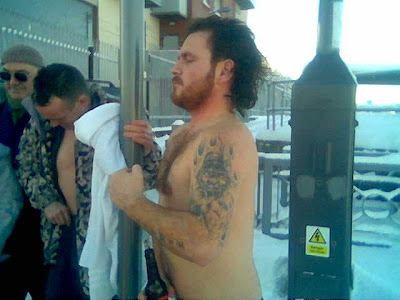 Michael , Karl and Francie - three of the seven CABHAIR Swimmers. 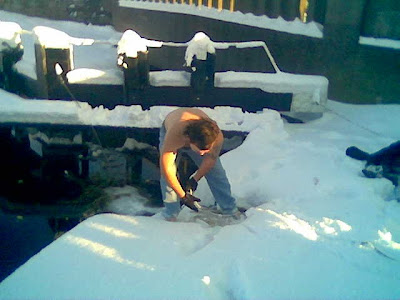 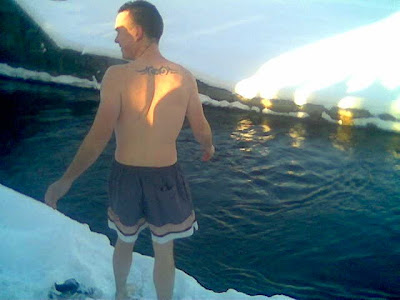 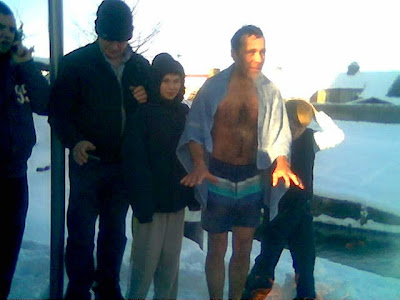 Dougie with a white beard - or cold breath ? 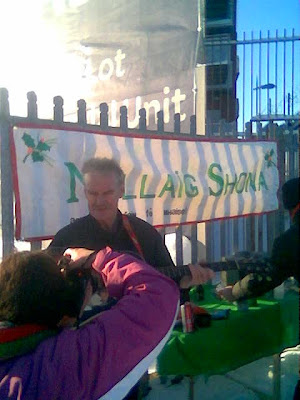 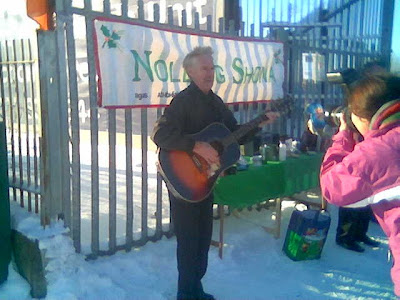 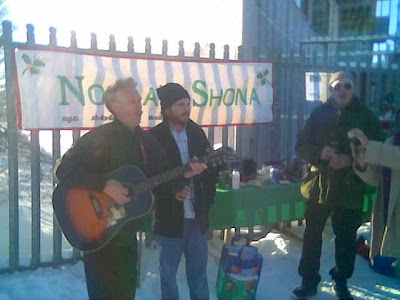 ....swimmers Francie and Michael join in.... 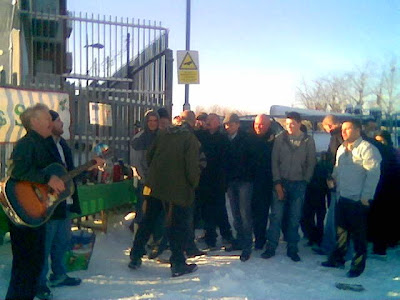 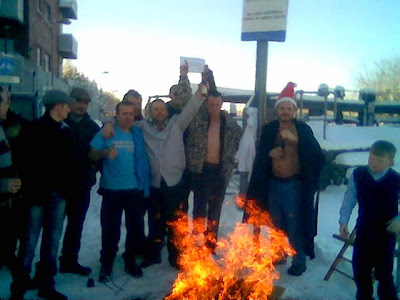 
More pics of this Swim can be viewed on our 'Sister' Site , here , and a proper report and more pics will be published in the January 2011 issue of 'Saoirse' , which goes to print on Wednesday 5th January 2011. Once again - thanks to the CABHAIR organisation for organising this event in impossible circumstances , to our seven swimmers and to those that managed to make it to the event : what it actually translates into is hard cash for the family's of our POW's , to help ease their burden. And as long as Britain continues to interfere in Irish affairs , Irish Republicans will continue to resist and , unfortunately , there will be political prisoners to be looked after , financially.
Which is where organisations like CABHAIR , and supporters like you , play a part.
Go raibh maith agat !
Thanks!
Sharon.