From "A FENIAN BALLAD" [aka "Sweet Iveleary"]
By JEREMIAH O’DONOVAN ROSSA (pictured above) :

".. I joined the Redcoats then – mo lein! – what would my father say?
And I was sent in one short year on service to Bombay.

I thought to be a pauper was the greatest human curse
But fighting in a robber’s cause I felt it ten times worse!
I helped to plunder and enslave those tribes of India’s sons
And we spent many a sultry day blowing sepoys from our guns.

I told these sins to Father Ned, the murder and the booty.
These were no sins for me, he said, I only did my “duty” ...

No sin to kill for English greed in some far foreign clime
How can it be that patriot love in Ireland is a crime?
How can it be, by God’s decree, I’m cursed, outlawed and banned?
Because I swore one day to free my trampled native land."

....the picket in support of those who have been "...cursed , outlawed and banned.." will , as stated , be held on Saturday 27th March 2010 outside St Catherine's Church in Thomas Street , Dublin , between 12 Noon and 2pm. These prisoners have been jailed because they fought against a 'robbers cause' , and deserve our support.
ALL WELCOME !
Thanks!
Sharon.

Beannachtaí na Féile Pádraig!
We wish all our readers an Irish Blessing....

" Not only did Leinster House fail to as much as raise a flag to honour the coming into being of that democratic Irish National Assembly , which re-declared the sovereign Irish Republic proclaimed in arms by the men and women of 1916 , but they totally ignored the suppression of that parliament by the British in September 1919.

If ever there was a case in history of the imperial overlord seeking to ignore the verdict of the people and to change the goalposts in the ballot-box business as soon as it became clear that the results did not suit them , this was it.

At a time when the same issue of allowing the voice of the overwhelming majority of people in South Africa to determine the Government is in the news again , and when Mr. Haughey and company see no harm in shadow-boxing with the British about certain issues over which they know they will get no satisfaction , this substitution of cheese and wine parties for serious discussion about either the French , the Irish or even the Russian revolution , is a sad reflection on the Ireland that has evolved twenty years after the Battle of the Bogside ......."
(MORE LATER).

The gardaí advised John Corcoran's family not to talk to the media. But 'Magill' interviewed them : when John Corcoran was murdered* he left a wife , Eileen , and eight children . One daughter , Ursula , has since committed suicide. The family saw hope in April this year (1997) when Fianna Fáil's John O'Donoghue promised to have the case fully investigated if his party was returned to power after the State general election. Six months on , they're still waiting .

The weekend before John Corcoran was murdered* was one of the happiest in his 16-year-old marriage to his wife , Eileen . St Patricks Day was on a Sunday that year , and John Corcoran had taken the three youngest of their eight children into Cork City to see the parade. Monday was a Bank Holiday , and he spent the day pottering around the house doing odd jobs for Eileen and playing with the children . He seemed relaxed and contented.

On Tuesday , 19 March 1985 , John Corcoran was getting ready to go to work in the local branch of Musgraves, where he had worked for 20 years. Before he left the house , he shouted in to his wife that he would need his dinner early and his green pullover ready when he got home that night , because he was going on to a work quiz in a local hotel after he got home. Those were the last words that Eileen Corcoran heard her husband say.......
(MORE LATER).

The 'Trade Union Campaign Against Repression'(T.U.C.A.R.) Group organised the first industrial action for many years against British repression when, in protest against the killing of Brian Maguire, it led thousands of workers from West Belfast in the first anti-British repression demonstration in the city's centre since 1969.

T.U.C.A.R. lobbied extensively , in Ireland and Britain , until it was eventually absorbed in 1979 into the National H-Block/Armagh Committee campaign - of which it was a genuinely broadly-based industrial predecessor .

Following the 'Green Briar' Belfast conference of the National H-Block/Armagh Committee , in June 1979 , at which the five demands of the prisoners were launched , a number of notable trade unionists rallied to the campaign . Michael Mullen, general secretary of the largest trade union in Ireland - the ITGWU- himself an ex-political prisoner from the 1940's , headed an eminent list.......
(MORE LATER). 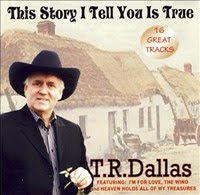 Fianna Fail councillor Tom Allen , who supplements his cotton-pickin' income by being a cowboy on stage , as well , needed a new van recently to transport his stage gear from gig to gig. So he looked around locally - or, perhaps , one of his pardners did -but the poor folk were left disappointed. Yessiree.

So Mr Dallas decided he was a-gonna take some down time and head off to hills near and far to see what was on offer. He ended up in Armagh , a tough-talkin' town across Britains illegal and unwanted 'border' , which purports to separate one 'part' of Ireland from another. And Mr Dallas purchased a high-roofed Ford Transit van. With yellow number plates , as are sold in that part of the terrority. A journalist was made aware that this Fianna Fáil councillor's yellow-plated van was being driven around the badlands of Westmeath , bedecked in the green , white and orange Fianna Fail colours , complete with slogans - 'VOTE NO. 1 TOM ALLEN : WORKING FOR ALL OF THE PEOPLE ALL OF THE TIME!'
The journalist contacted the Cowboy himself and asked him why he didn't buy a vehicle locally , thus helping , financially , the local economy , which Fianna Fail themselves are on record for asking the rest of us to do , to which that member of 'Fianna Fail The Republican Party' replied -
" We would have friends in high and low places in the car industry. The people want me politically and they want me musically and that's all I care about. We get it serviced here and we buy diesel here. My wife has a car she bought in Ireland. I was looking for a particular type of van with an extra high roof but I couldn't get one in Ireland so I came on this one and said 'Hallelujah! This is what I wanted'. It's just because I am a politician and there was a sign (on the van)..."

So there you have it , readers - Armagh is not in Ireland. According to that particular Fianna Fáil cowboy , anyway.
YEE-HAW!
(Sourced here, just in case ya thought I was speakin' hog-wash or pullin' yer leg....)
Thanks!
Sharon.