Dr Walker expressed the belief that there should be some way of checking up on people who were outside the ICP and due back in for another administration of a drug. He wished Joe Claffey all the best , told him that he's been a satisfactory volunteer , that they'd never had any reason to complain about his performance. Joe said he might come back if the money was increased - 83p an hour is not great for the sort of work involved. He turned the tape-recorder off when he got back to the car and , this time, he had pushed the button the right way!

For the past twenty years , clinical trials have been taking place in Ireland : responsibility for this area comes under the ambit of the State Minister and the State Department of Health however , specifically in relation to clinical trials, the 'National (sic) Drugs Advisory Board' acts on behalf of that State Department and on behalf of that State Minister. But that Board does not necessarily approve each trial that takes place and it is not necessary for the ICP to supply details of tests to the Board for approval. In the 'Guidelines' for the Board , set down in 1979, it states in relation to clinical trials -

"The two main objects of the Board's concern are :

(1) That no drug be made available for use until the Board is satisfied that it has passed reasonable tests for safety .
(2) That no drug continues in use if there is reasonable doubt of its safety.

In carrying out its tasks the Board is concerned to avoid providing a hindrance to the development , clinical trial and marketing of new drugs of acceptable toxicity."
(MORE LATER).

" Minister Traynor told me that the Taoiseach's feelings were that Deputy Haughey would refuse an offer as he was operating an extensive expanding practice as a chartered accountant and the assumption of Office would cause a substantial loss in earnings. Minister Traynor expressed misgivings to me and said that if he had had the remotest idea that he would be saddled with Deputy Haughey he would have turned down the offer in the first instance.

In discussion I said that I could think of no Departmental reason for opposing the Deputy's selection , that his juniority in the parliamentary party was a political reason . Minister Traynor told me that his misgivings were shared by my former Minister , Mr Gerald Boland , and other senior Ministers. I was already aware of Mr Boland's antipathy as more than once in earlier years he had discussed Mr Haughey with me - Mr Haughey was in partnership with Mr Boland's son , Harry - and had opined that Mr Haughey would yet drag down the (Fianna Fail) Party in the mire.
Personally , I knew nothing of Deputy Haughey's detriment and I knew from mutual acquaintances that he was regarded as of first-class intelligence with initiative , application and tenacity......."
(MORE LATER). 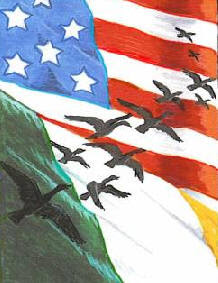 
Irish Republicans in America are , once again (for the 34th successive December!) rallying to the assistance of the CABHAIR organisation , and have issued the following statement :

"Annual Cabhair Christmas Swim Appeal -
Many thanks to everyone who over the past year has contributed to the Annual Cabhair Christmas Swim. The Irish Republican Political Prisoners held on both sides of England’s border in Ireland greatly appreciate your support and the help you have consistently given to their families.
This 34th CABHAIR Christmas Swim will be held on Christmas morning at the Grand Canal in Inchicore, Dublin. Over the last number of years, here in the U.S, we have had great success in sponsoring those brave souls who take the chilly morning plunge in support of the prisoners’ families.
This year we hope to have even more support for this worthy cause. The number of Irish Republican Political Prisoners being held in English and Irish jails, for their belief in a 32-county Irish Republic, is growing. Political prisoners and their families need our help.
The holiday season is fast approaching, and many more families will benefit from your donation of any amount. Your generosity means something truly special to them, especially in days such as these. If you have been meaning to donate and have not gotten around to it, this is the time to do so. Your support will raise the spirits of a family on the front line for Ireland's quest for freedom and unity.

Donations of $50 or more will receive a gift box of 10 finely crafted Éire Nua Christmas Cards designed in Gaeilge and English by Brian Mór Ó Baoighill.

Please note that all proceeds raised specifically for CABHAIR by the NIFC are sent directly to CABHAIR. Checks to be made payable to the National Irish Freedom Committee and mailed to:

If you prefer, you can send your donation directly to CABHAIR, 223 Parnell St., Dublin 1, Ireland." 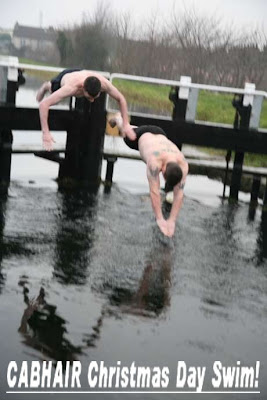 Regardless of where in the world you are reading this, we ask that you spread the word about this event to any media contacts you have and, if possible - send a few of these to either of the addresses mentioned above!
Thanks,
Sharon.