It is thus clear that the Board cannot force the pharmaceutical industry, or the individual testing centres, to submit their proposed trials for scrutiny. The Board estimates that 20% of all trials take place without their being informed but , since the death of Niall Rush , there has been an increase in submissions from testing centres to the Board.

One of the constraints on the Institute is the 'Ethics Committee' , which decides whether or not it is ethically correct to go ahead with a test in a proposed way. This Committee meets about once a month , sometimes twice a month, and pass about two to four protocols each time. Sometimes they turn back a test for alteration or modification and , invariably, the drug company involved will agree to the modifications.

If they don't agree , the Institute just would not do the job for them. The reasons why a protocol might be sent back can vary - the Committee might feel that too many blood samples were being taken , too many injections , the size of the dosage might be considered too large , or too frequent , or they might recommend that 'subjects' be kept for an extra day after their last dosage.......
(MORE LATER).

" When Deputy Haughey was appointed Parliamentary Secretary he immediately sought blocks of work which he could process and bring to conclusions without having to refer to the Minister as his 'Overlord' , but the Minister was reluctant to let go and I was caught in the cross-fire. At the time and in the preceeding three years I ranked as 'Assistant Secretary' but had to carry the load for the Secretary who had long bouts of ill-health. The Secretary retired prematurely in February 1961 and died within three months.

Throughout 1961 , the Minister expressed uneasiness about his working arrangements with the Parliamentary Secretary whom he felt was undermining him both in his constituency and in the Parliamentary Party. In July 1961 , the Minister told me that it was not his intention to seek re-election , that there would be a general election towards the end of the year and he asked me to ensure that the memorial plot in honour of Kevin Barry , Frank Flood and other patriots who had been executed * in Mountjoy Prison would be ready for unveiling before his retirement. ( * '1169...' Comment : within months of those executions by the British , Fianna Fail , the hypocrites that they were (and are) themselves began the process of executing 77 men like Kevin Barry and Frank Flood.)

The general election was held in September , the memorial plot was unveiled by the President in the presence of political notabilities which included the Taoiseach , the Minister for Justice and the Lord Mayor of Dublin , Alderman Bob Briscoe, on Sunday 8th October and three days later , on the 11th October , the Dail reassembled and Deputy Haughey was appointed Minister for Justice , and held that position until 8th October 1964 when he was appointed Minister for Agriculture within an hour of the resignation of Mr Paddy Smith ....... "
(MORE LATER). 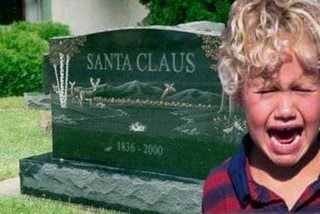 A PEACEFUL CHRISTMAS TO OUR READERS !

A just and permanent peace in Ireland is most desirable . It is the greatest gift we could give to ourselves and our children . We have been denied justice and peace for more than eight centuries , because of English invasion , occupation and misrule of our country .

This happened before when the Treaty of 1921 was signed and was forced on the Irish people in the name of peace . Republican Sinn Féin cherishes the objective of a free , democratic Ireland , as envisaged by Wolfe Tone and all Republicans down to 1916 and our own day . Many brave men and women sacrificed a lot , even their lives , for this noble Cause .

JUSTICE . FREEDOM . DEMOCRACY .
(From the ‘1169…’ Crew , December 2010. PLEASE NOTE : we are on a short break from normal posting , although we will post details of how the CABHAIR swim went and possibly a few other posts. We will return to ‘normal’ early in the New Year. Go raibh maith agat! Sharon.) 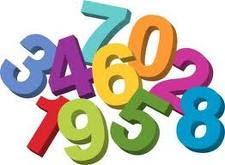 
GOOD NUMBERS....
We were present today in a hotel on the Dublin/Kildare border for the 'Monthly Raffle' , for which , as usual, over 600 tickets had been sold , with all profits going directly to the CABHAIR organisation.. The venue we were in was also hosting a golf club presentation and a local GAA Club 'Award Ceremony' , both of which would have been 'good for business' had there been any CABHAIR tickets left to be sold - but there wasn't ! Two of the CABHAIR Raffle organisers , Matt and Robbie , told me that they could have sold an extra fifty tickets 'in house' , had they got them to sell ! Victims of your own success , lads ;-) !
Anyway : congrats to the eight winners - Cathy , with ticket number 140 , Danielle (284) , Jay (579) , JQ (540) , Cóilín (444) , Paul (who won twice - 66 and 65!) and Gary (340). A nice wee bit of extra cash for Christmas but before ye think of spending it all on yourselves just be aware that we have notified all your partners.....!
Thanks to Matt and Robbie , Anto , Trev , Pat , Lucy , Maire and Breda for making us feel at home (and for the few pints!) and the next raffle will be held in the same venue on Sunday 9th January 2011 - and more than 400 tickets for same have already been distributed!

Tell them Sharon sent you....!
Thanks,
Sharon.