Following amendments to the 'Food and Drug Act' in America , many pharmaceutical companies took their testing overseas due to the controls that were placed on them.

Shortly after the death of Niall Rush , it was envisaged that the proposed new 'Safety Bill' for this State would include some sort of licensing system but the man in charge , Barry Desmond (Labour Party) , stated that ".....no trials should commence unless they had been notified to the National Drugs Advisory Board...." . His Department says that the draft legislation is now at an "advanced stage" but , following extensive discussions and consultations with various interested groups such as the NDAB , the bigger hospitals in the Dublin area , and the pharmaceutical industry, it has been decided to change the direction of the proposed Bill - it is now intended to have "a statutory clearance scheme" instead of licensing , according to the State Department concerned.

That Department refused to say exactly what that means.

('1169...' note - this is the end of the above 'MAGILL' magazine piece but, over the course of same , we have been contacted by three readers who have sent us in related material , which we will post here , beginning next Wednesday , 19th January 2011.)
(MORE LATER).

" On May 22nd , 1969 , the Dail was dissolved and a general election was fixed for June 18 : when the election campaign got underway , the Minister for Justice , Mr. O Morain , asked me for material with which to highlight the left wing tendencies of some members of the Labour Party and its camp followers and the communist infiltration and indoctrination of the inner circles of the IRA.

I did not encourage him. I said that while there was plenty of material , I thought that, in his personal interest, it would be unwise for him to make such an attack. I recalled the general election campaigns of June 1943 and May 1944 in which Seán McEntee , a Fianna Fail minister , had campaigned vigorously and with considerable success on the infiltration of communists into the Labour Party and the trade union movement ; I said that he had never been forgotten or forgiven for that and that the 'commies' , their fellow-travellers and the rabble of intellectuals in the news media never lost an opportunity of denigrating him.

I said that Mr. McEntee was sui-generis in this kind of campaigning but even he, at times, must have felt a gut-ache at the constant stream of insult and abuse which was still flowing in publications such as 'The Irish Times' over 20 years later , in which he, an elder statesman who deserved respect, was being sneered at as "Old Mischief McEntee......"
"
(MORE LATER). 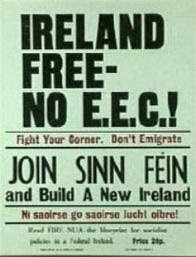 
The following pics are of a Republican poster which was used in 1972 as part of the campaign by the Republican Movement to achieve a 'NO' vote re EEC membership.
Now , due to the 'YES' vote which won the day , this corrupt State is part-owned by that very same Brussels-based institution , with the other part being owned by the IMF: 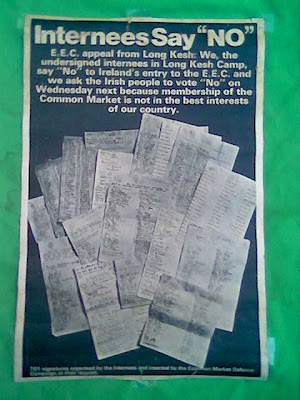 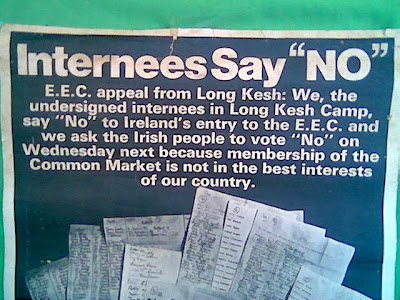 Top section of the poster. 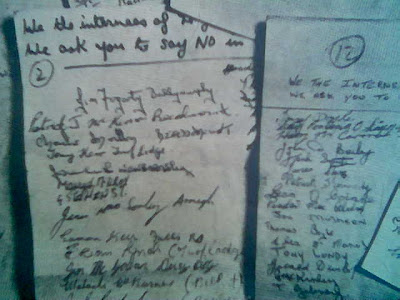 Signatures on the poster...... 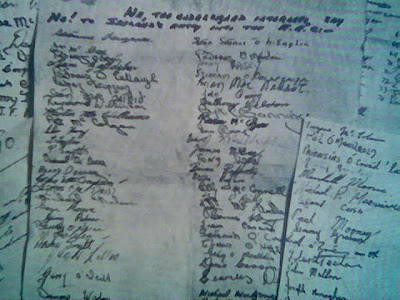 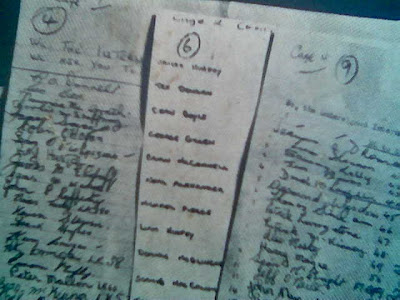 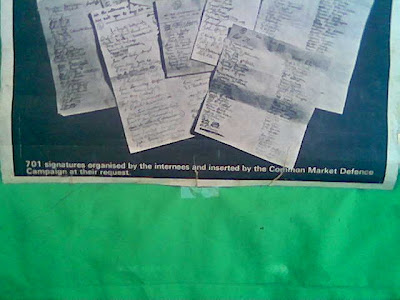 ......the bottom section of the poster , with script which reads - "701 signatures organised by the internees and inserted by the Common Market Defence Campaign at their request" .

More people should have listened to 'The Men Behind The Wire' : if they had , this State and, indeed, the whole country , would not now be in the position it is in. But it's still not too late to do something about it.....
Thanks for reading ,
Sharon. 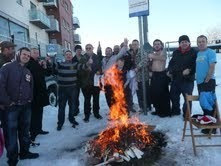 Some of those that braved the elements for CABHAIR on Christmas Day 2010. 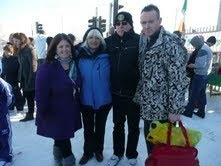 One of the CABHAIR swimmers , Karl , (right of pic) and three of his admirers!


There are more Swim pics 'out there' and, if/when we get them , we will post them here. Meanwhile , keep an eye out for the January 2011 issue of 'Saoirse' which will carry a Swim report and more pics. And check back here tomorrow where , as stated, we will publish a few pics of a poster re the EEC , which was issued by the Republican Movement in 1972.....
Thanks for the visit ,
Sharon. 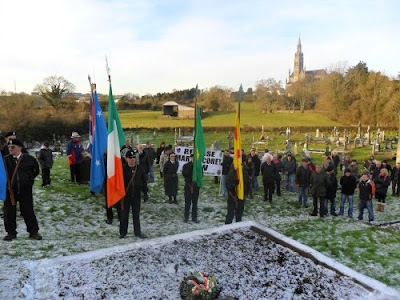 A crowd of between 80 and 100 Republicans attended the commemoration for Fergal O'Hanlon organised by Republican Sinn Féin on Sunday January 9th 2011. The crowd assembled at the cathedral in Monaghan and paraded in good order to the graveside, led by a lone piper and a Republican Sinn Féin colour party. Na Fianna Éireann and Cumann na mBán were also on the parade, in uniform, flying their respective flags. Wreaths were laid on the grave by Dan Hoban from Mayo on behalf of the Republican Movement and by Seán Moore on behalf of the local Dáithí Ó Conaill cumann. The oration at the graveside was given by Steven Daly a former Republican prisoner from Tyrone.
During the course of his well received speech he commented on the similarities between the time of O'Hanlon and his comrades and the present. The Republicans of the 1950s were seen by nationalists and even some former republicans as being irrelevant and unrepresentative. Republcians of today find themselves in a similar situation but they must draw inspiration from the men of the '50s like Fergal O'Hanlon and persevere in the struggle. Steven finished with the words of Padraig Pearse at the graveside of O'Donovan Rossa "The fools, the fools, the fools, they have left us our Fenian dead and while Ireland holds these graves Ireland unfree shall never be at peace". The parade reformed and marched back to the cathedral where the National Anthem was played.
(From here.)
A full report, with pictures, will be published in the January 2011 issue of 'Saoirse' , which goes to print on Wednesday 12th January next. 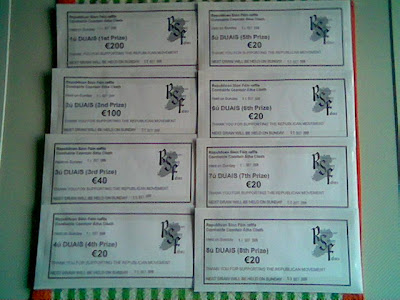 The 'Monthly Raffle' was held in a hotel on the Dublin/Kildare border on Sunday 9th January 2011 and , as usual , it was a complete success , with all 650 tickets sold , most of them in advance : the organisers try and retain at least 50 tickets for sale on the day but, such is the success of this particular venture , that is not always possible!

The next raffle will be held on Sunday 13th February 2011 , in the same hotel ; the organisers are in the 'happy' position that they have no need to 'plug' the venue in the hope that some of our readers will turn up and purchase a few tickets , as there is not usually enough to go around as it is!

See you Wednesday - we are working on a few interesting pictures re the Irish Republican attitude to the (then) EEC in 1972......
Thanks!
Sharon.