Garda Jack Doyle had been working as an ordinary uniformed garda in Blarney , Cork , when he was approached by Edward Keating , a former British soldier and firearms enthusiast , who offered to pass on information about the criminal underworld in Cork : Doyle contacted his superiors and, before long, Keating was hired as a paid Garda informant , supervised by Garda Supt Dermot Dwyer.

In March 1995 , Garda HQ approved his first 'controlled delivery' - one hundred kilos of cannabis were brought in through Ringaskiddy , packed into suitcases in the boot of a hired Opel Vectra car. They were brought to Anglesea Street Garda barracks where they were kept for three days , then handed back to the gang. By arrangement , Edward Keating brought the drugs to Inishannon wood , where gardai later arrested three men picking up the drugs. Thirty kilos were seized - the remaining 70 kilos were found in a follow-up operation. It was hailed as a major victory against the drug barons.

The second operation took place on 5th April 1995 : Keating , according to Garda Jack Doyle , had been given assurances that he would have a free run . There was supposed to be Customs clearance , but Doyle was informed that there had been a change of plan because Customs apparently wouldn't 'play ball' . A senior garda had called to his counterpart in the Revenue Commissioners the night before and had explained what was happening but , on moral grounds, Revenue said they could not allow it to go ahead. But the operation did go ahead nonetheless.......
(MORE LATER).

" I urged the Minister to convey the information to the Taoiseach , saying that, inevitably, it would get a wider circulation in police circles and, perhaps , reach his ears indirectly. The Minister said that he would like to give the matter further thought , that the allegations were of the most serious kind and he hesitated to be the harbinger of such bad news.

I said that I shared his dismay but that I felt that the information should be passed on so that if it were untrue or exaggerated it could be refuted.

It occured to me, of course , that the Minister had already told the Taoioseach who would not want it known that he knew, except in the tightest of circles. The Minister was quite obviously not in good health from January onwards and it was very difficult to get him to do ordinary Departmental work - additionally, he was having difficulty in the staffing and functioning of his solicitor's practice in Castlebar and he was trying to exercise control day by day from Dublin......."
(MORE LATER).

On August 3rd , 188 years ago to the day , 48-year-old Daniel O'Connell - misnomered 'The Liberator' , as he did not, as the name would suggest, 'liberate' this country from British misrule (which has still to be done) but rather due to the fact that the majority of the country's population at that time considered O'Connell to be liberating them from political irrelevance - founded 'The Catholic Association'.
This new organisation grew rapidly , as 'associate membership' cost only one penny a month which was affordable to small land-owners , those that worked for them , the many who had no jobs or land , the so-called 'middle class' and even the Catholic Clergy - all of whom either joined or strongly supported 'The Catholic Association' , quickly ensuring that, with tens of thousands of members and associate members, Daniel O'Connell became a man to be reckoned with. And the British - masters at 'people-reckoning' - quickly came to realise that O'Connell would only use "moral force" to achieve what he termed "...repeal of the Union.. " and, even then ,they knew he favoured the island of Ireland remaining as a unit governed by the British 'Monarchy'.
In actual fact , O'Connell worked within British 'law' with a vow NOT to use force against the British : the latter , of course , impose no such restriction on themselves....

On the same day that O'Connell founded 'The Catholic Association' - 3rd August 1823 , 188 years ago to the day - a baby boy was born to the Meagher family in Waterford : this child was to dedicate twenty-four of his forty-four years on this earth to challenging British mis-rule in Ireland .......
Thanks for reading,
Sharon. 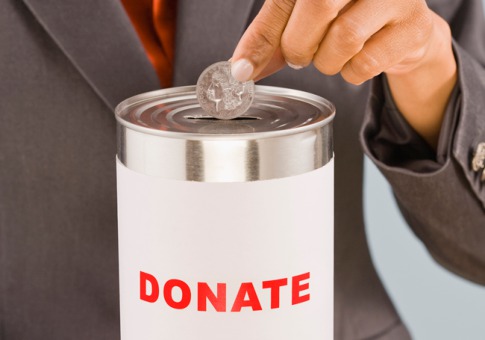 
Natural / 'man'-made disasters , scenes of 'famine' (whether real or enforced) , television pictures of thousands of hungry , homeless people fleeing vast areas because of on-going strife and/or so-called 'civil war' , adult and child survivors of forced amputation etc - all accompanied by a serious-sounding voice-over person pleading with the readers/listeners/viewers to 'give generously...'
-but perhaps by so doing you could be prolonging the suffering ?

'A vast industry has grown up around humanitarian aid: a cavalcade of organizations--some 37,000--compete for a share of the $160 billion annual prize, with "fact-inflation" sometimes ramping up disaster coverage to draw in more funds. Insurgents and warring governments, meanwhile, have made aid a permanent feature of military strategy...'
(Here and here.)

"In case after case, a persuasive argument can be made that, over-all, humanitarian aid did as much or even more harm than good..."
-Philip Gourevitch, 'The New Yorker'.


However : not all those asking you for financial assistance are intent on ripping you off : CABHAIR is a charitable organisation, solely dependant on public subscriptions, which was established in early 1987 for "...the relief of cases of distress arising out of republican activity.." and can be contacted here.

As our regular readers know , we never ask for money and this post is no different : we are not looking for funds for ourselves but are asking you to donate whatever spare funds you can afford to the CABHAIR organisation to help the families of Irish Republican prisoners to meet their financial commitments. All monies donated will go directly to those families , with no administration costs being deducted.
Thanks for reading,
Sharon.
(*My Own Non-Governmental Organisation.)