COME DOWN FROM THE PALACE , KATIE TAYLOR.....

We would make no quarrel with people who went in and made peace , but we would keep them with us by using their safe byres and safe fields to shelter cattle in danger. All the time we would mock at landlordism and boast of the period when people said they would suffer it no more. It was a fine confused cheery gathering with one clear decision - the townlands would go on the defensive against the bailiff. I have no idea who it was raised the doubt that no matter how we picked our steps , the government might take alarm and issue decrees against everybody in all the townlands involved. There would then be no safe byres and no safe fields - people might take fright , and what would we do then ? This brought us to a decision that was , one day, to bring the agitation to the verge of collapse : it was agreed among us that if the time should come when the committee would have to make up its mind that it was too great a risk to go on fighting then , rather than have the people scatter in bitterness, I would go to Paddy Hogan , Minister for Agriculture, and make what terms I could on arrears. And what was more , if the committee wrote to me to go to Hogan I would not delay to ask them to talk the matter further over with me.... (MORE LATER).

THE PETER BERRY PAPERS....... The Top Secret Memoirs of Ireland's Most Powerful Civil Servant : Dirty Tricks, Election '69/ Spying on a Unionist Politician/ Keeping the (State) Taoiseach informed/ The Garda Fallon Murder/ Advice to Jack Lynch- 'Fire the pair of them...'/ Vivion De Valera's advice to O'Malley/ Rumours of a Coup D'Etat/ The Internment Plot, November 1970/ Secret Meeting with William Craig. From 'MAGILL' magazine , June 1980.
" I also told him that my daughter's car had been followed on different routes on a number of occasions when she was returning late at night from St. Vincents Hospital where she was a nurse - I told him that the police took a serious view of this matter and that she was now travelling under armed escort. Also that my family were living a nightmare existence and that something would have to be done. I said all this in writing. On Thursday , 26th November , the Minister instructed me to have all documents ready for the Government on the following Tuesday (1st December) with a view to bringing Part 2 of the Offences Against the State (Amendt.)Act 1940 into force forthwith and the immediate arrest and detention of the 15 hard core members of Saor Éire. I discussed the matter with the Commissioner and Chief. Supt. Fleming and with Mr. Ward and then told the Minister it would not be possible or desirable to move so fast , that the difficulties in paper work alone , apart from physical difficulties of providing a safe place of detention , were very formidable. The Minister then told me that the decision had already been taken and that I should proceed with arrangements to implement it. At my urgent request , the Minister agreed to meet, in council , the Commissioner , the Assistant Commissioner , Mr. Malone , and the Deputy Secretary , Mr. Ward and myself. We met in the afternoon of Friday 27th November and the two Garda Officers , Mr. Ward and myself , appreciating the seriousness of the situation , opposed the immediate use of the powers of detention. I remember that I pointed out the particular undesirability of bringing Part 2 into force on the eve of the County Donegal by-election (3rd December) and that to do so would leave the police and the administration - apart from Government itself - under an ugly cloud of suspicion....." (MORE LATER).
IN MEMORY OF A COMRADE.....

Thomas McElwee , died at 23 years of age on 8th August 1981 after 62 days on hunger-strike.
Not forgetting the other 21 Irish Republican hunger-strikers , but today we especially remember a young man who died on this date (8th August) in 1981 : Thomas McElwee (funeral video here.)
Thomas McElwee - H-Block Martyr
James Connolly’s spirit
I wish to inherit
The passion of Pearse
I wish to claim
The strength of Collins
Would make me determined,
Tom Barry’s leadership
To hold Ireland’s flame.
As Ireland stands
With her angel wings
The souls of the dead,
Aloud, they sing,
Bring back the armies
Of ancient Irish kings,
For the freedom bell,
Once again, will ring.
ENGLAND YOUR SINS ARE NOT OVER.....
SUNDAY 12TH AUGUST 2012 : CABHAIR ON , GAA ON , OLYMPICS OFF !

This coming Sunday (12th August 2012) will see the Olympics come to an end (Happy Days !) , a GAA hurling match being played (a fairly important one , I'm told...?) and , as far as I'm concerned , anyway, the most important 'fixture' of the day : a 650-ticket raffle to be held for the Irish Republican POW's (and their families) that are supported by the CABHAIR organisation. This raffle will , as always , be held in the late afternoon in the usual hotel venue and by the time it's over more than four hundred Euro's will have been handed out in prize money and a few dozen tickets , at the very least, will have been sold in advance for the next raffle.
The hotel venue is , as I've said before , a 'meeting place' for families and also attracts large numbers of sport fans as it has a number of huge screens and surround sound systems which give the impression that you are at the game - all that's missing is the wind and the rain plus , of course, the big bonus point : pints of cold , crisp cider are readily available and much appreciated !
If I don't get carried-away on the day (and end up in one or other of the hurling counties !) or , indeed , if I don't literally get carried-away (having over-indulged with pints of cold , crisp cider...) I'll post the results of the raffle here on the Sunday or the Monday. Or at least before the following Wednesday.
Hopefully... ;-)! 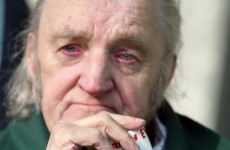 The late Con Houlihan , Sports Journalist.
Not so much (or at all , even) 'speaking ill of the dead' in this piece as highlighting the straws an 'artist' will clutch at when they attempt to stray onto another 'canvass'. And Mr. Houlihan was indeed an 'artist' when it came to discussing and dressing-up/colouring in matters of the field and had wonderful turns of phrase which he employed with great timing.
But he done himself no favours when he attempted to 'stray' on to the well-trodden anti-republican 'canvass' , where he was not as sure-footed as he was 'on the field' - indeed , the only way he could sustain an 'away trip' of that nature was to use a straw man argument in the hope that those as unfamiliar with that particular 'turf' as he was would consider him to be as good a pol corr as he was a sports writer. The first fault with Mr. Houlihan's effort in this piece is that a radio station would not be played through the same loudspeakers on the same stage at the same time as an Irish Republican was addressing an Irish Republican gathering. It just wouldn't happen , simple as and, whilst some might dismiss this example as 'nit picking' it is from such 'little acorns' that mighty deceptions spring from. It was a 'straw man' introduction that the author invented in order to 'colour' the gathering as "....inflamed with hatred.... indoctrinated by bigots in pubs and cafes or by mob orators....." , before bringing in the standard 'Nazi' comparison. All standard fare for any 'straw man' author - invent a 'connection' then rage against it. Mr. Houlihan got his answer days later from that particular "...bigot (of a) mob orator" but the damage had been done : through deliberate misrepresentation , one anti-republican had 'confirmed' to others of that ilk just how right they were to despise Irish republicans and republicanism in general and , job done, Con parked his 'straw weapon' (in the back of the net , no doubt) to be (ab) used another day. Which he did , by the way - and often - but I'll not go into that here , as I have no desire to 'speak ill of the dead'.
TELEGRAPH TELL-A-GAFF..... 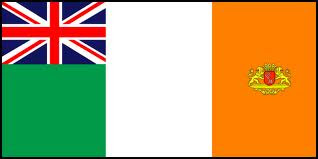 Brits claim Irish boxer and Australians throw in the towel over guinness , whiskey and potato remark.It's occasions like this that would encourage me to take an interest in sport! Thanks for reading,
Sharon.