'THERE WILL BE ANOTHER DAY.....' By Peadar O'Donnell ; first published in January 1963.
I stepped off the mail car at the bailiff's gate and was lucky enough to find him tinkering with his motorcycle : I was a motorbike enthusiast as early as 1915 and he knew that - it did not seem strange to him that I should halt to ask him what was wrong , but when I turned in on the gravel path to his door the friendliness went out of him. He sulked through a few brief exchanges on motorbike talk then asked me sharply what I wanted. His wife came to the door when he raised his voice and he flashed her a warning : "This man didn't come to our door to bid us the time of day." She nodded her agreement and I walked past and seated myself on the motorbike. I told him I came that way to see him , that there would be a rich harvest for him to reap in the townlands around Dungloe and he could reap it and walk the road at night whistling if he showed a bit of sense. He warned me he wanted no talk of that kind and that he would not listen to the like , but his wife was listening. If he did not make the seizures another bailiff would be called in , I said, stating that people were sensible. The thing was , seized cattle would have to be sold and they would go for a song. We would want to seize such cattle back and all we wanted from the bailiff was the names of the people who bought them. He really did storm at me then and went half-way to the public road threatening to go to the barracks but I sat where I was and he came back. "Who the hell do you think would take such a message to you ? Me? My wife? Or do you think I'd be mad enough to put myself in somebody else's hands?" This was the moment and the question I was awaiting. I told him all that was fixed.....
(MORE LATER).

THE PETER BERRY PAPERS....... The Top Secret Memoirs of Ireland's Most Powerful Civil Servant : Dirty Tricks, Election '69/ Spying on a Unionist Politician/ Keeping the (State) Taoiseach informed/ The Garda Fallon Murder/ Advice to Jack Lynch- 'Fire the pair of them...'/ Vivion De Valera's advice to O'Malley/ Rumours of a Coup D'Etat/ The Internment Plot, November 1970/ Secret Meeting with William Craig.
From 'MAGILL' magazine , June 1980.
"On the 4th December the Taoiseach and the Minister for Justice met the press and issued a policy statement. On the evening of Monday 7th December , the Taoiseach phoned me at my home and asked me if my mind were irrevocably made up to retire ; I mentioned that my wife had already been in hospital three times with coronary thrombosis , brought on by the threats she had received on the telephone , the picketing of my home by Sinn Féin , the constant armed police guard outside my house , the fact that I was restricted to travelling in police cars , the placards calling me informer , traitor and so on. I told the Taoiseach that I had been subjected to such continuous strain that I doubted that I was in a fit condition to give an objective assessment of the IRA situation and that I thought that my usefulness to Government in that sphere was impaired. The Taoiseach was sympathetic and said that he appreciated what I had said. In speaking to the Taoiseach I was doing so in the context of what Mr. O'Malley had said about recompense. The Government announcement on 9th December of my intention to retire read - 'The Government, conscious of the criticisms and threats to which Mr. Berry had been subjected to in recent times arising out of the loyal discharge of his duties as a public servant, wish to record that they have noted his retirement with regret.' "(MORE LATER).
"ON AUGUST 21st 1971......

..... a convention was assembled in Monaghan to consider the establishment of an Ulster Parliament (Dail Ulaidh). Invitations were sent to a broad spectrum of people including elected officials representing various political viewpoints. All nine counties of Ulster were represented. This convention drew both national and international attention and received major media coverage. Amongst those attending were two Westminster parliamentarians, Frank McManus and Paddy Kennedy. Since these were the only parliamentary level officials present, it was decided that as a first step a council would be set up to promote Dail Ulaidh. Paddy Kennedy and Frank McManus were selected to head up the council. Aided by a constitutional expert from Dublin the council drafted structures for local and provincial governments....."(More here.)
The 'Eire Nua' document has of course been updated a number of times since then but its basic principle and objective have not been changed : a fair , just, permanent and final settlement to the on-going problem inflicted on the Irish people by Westminster. It is the only properly workable answer to partition and offers in-built safeguards to those in Ireland who consider themselves to be 'British' : it is not reliant on 'smoke and mirrors' nor will those promoting it make a rich career from it (indeed, it may even cost those rich careerists the loss of their ill-gotten gains) but it will save future generations from living through the turmoil that Westminster has cursed this country with.
FOREIGN INJUSTICES : EASIER TO HIGHLIGHT.

Fair play to Amnesty Ireland for protesting against the 'Pussy Riot' injustice but here's three more injustices that that fine Human Rights organisation may wish to address :
1) Martin Corey.
2) Marian Price.
3) The fact that when either of the two above-mentioned names are entered into the 'Search' facility of the 'Amnesty Ireland' website a 'YOUR SEARCH YIELDED NO RESULTS' reply is received.
Don't assist in putting out the flame , Amnesty.....
AND FINALLY.... 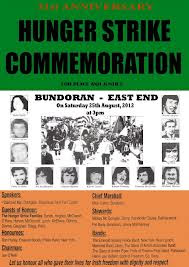