EXCLUSIVE !! WE REVEAL WHO SHOT JR !!

'THERE WILL BE ANOTHER DAY.....' By Peadar O'Donnell ; first published in January 1963.
I detailed to him the form the struggle must take : I would rather have the bailiff and his escort trapped in a townland for an hour by the people themselves , using their stone fences to block the roads, than see him scared out of it by a few rifle shots. I warned him, too , that it would bring thunder and lightning down on my head if I could be accused of trying to drag the IRA into this agitation by the back door. IRA Members could only help me in their capacity as neighbours. I wanted the seized cattle traced , no more - Seán McCool promised me he would do that and would have such cattle driven into mountainy Drumkeen or Glendowan , where there would be less risk for us in taking them over. He thought it would be a good thing if he went to Dungloe to have a talk with Phil McCauley and maybe meet other members of the committee , so I gave him a note for Phil and then I caught the train to Dublin. My mind was a busy thoroughfare of ideas during that train journey : those men who sat with me in Getins' wide, roomy kitchen were a fair sample of their world. When they talked many people talked and an idea that made sense to them could spread , and this was a good idea - it was a print other men contemplated at other periods in the nation's struggle. Here was what Lalor sighed for - a tax directly payable to Britain , a tax devoid of any vestige of moral sanction. Refuse this tax , have the people take their stand on that refusal and you faced the government with a challenge it could not refuse and a fight it could not win. Republicans could roast the Treaty in the fire from this kindling. My thoughts raced.....(MORE LATER).

THE PETER BERRY PAPERS....... The Top Secret Memoirs of Ireland's Most Powerful Civil Servant : Dirty Tricks, Election '69/ Spying on a Unionist Politician/ Keeping the (State) Taoiseach informed/ The Garda Fallon Murder/ Advice to Jack Lynch- 'Fire the pair of them...'/ Vivion De Valera's advice to O'Malley/ Rumours of a Coup D'Etat/ The Internment Plot, November 1970/ Secret Meeting with William Craig.
From 'MAGILL' magazine , June 1980.
" On 26th September 1963 , reports appeared in the daily newspapers giving considerable publicity to statements , attributed to Mr. Craig , Minister for Home Affairs, about IRA drilling in our Border counties , the presence here of a 'sizeable splinter-group' of the IRA , the lack of effort on the part of the "Dublin authorities" to control such activities and the taking of security precautions in the Six Counties. On my Minister's directions I wrote to Stout , Secretary of the Ministry of Home Affairs, suggesting that I might meet him to discuss "matters of mutual interest" and I enclosed a cutting from the 'Irish Times' newspaper of 26th September. He phoned me at my home on the evening of Tuesday 1st October and an appointment was fixed for Stormont at 12.00 noon on Friday 4th October. I saw Stout alone on Friday 4th October and our discussions were very cordial - we had met and corresponded on earlier occasions. After about 20 minutes he suggested that I should repeat to his Minister what I had said to him about the undesirability of giving the IRA free publicity. He felt that his Minister would be impressed by what I had to say , and I agreed to this as such an eventuality had been considered in advance and I had received my Minister's directions in the matter. The discussions with the Secretary and, secondly , the Minister with the Secretary, followed on similar lines and I shall give an account as if the discussions were one....."(MORE LATER).
IRISH REPUBLICAN ACTIVITIES FOR SEPTEMBER 2012 IN DUBLIN : 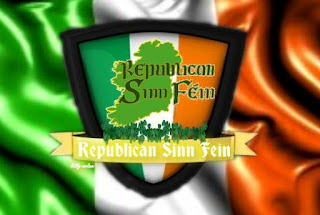 On Saturday September 8th , from 12 Noon to 2pm on the traffic isle facing the GPO in O'Connell Street in Dublin City Centre , a picket will be held to show support for Martin Corey and other Irish Republican prisoners and in support of the August 2010 Agreement : Des Dalton and Cait Trainor will each say a few words at this picket. The following day (Sunday 9th) an RSF-organised 650-ticket raffle will be held in the usual hotel venue. The following Saturday (15th September) a march will be held from the Garden of Remembrance to the GPO at 2pm in support of Marian Price and the following Saturday , 22nd September , the Annual Eve Of All-Ireland Rally will take place from the GOR (12.45pm) to the GPO (2.00pm). Finally (for now, anyway !) , on Saturday 29th September a POW picket will be held in Clondakin , South-West Dublin.
I hope to be able to steal two hours or so from my ticket-gathering exercises on Saturday 8th and help-out the lads and lassies at the GPO and I will most definitely be with the usual crew in the hotel on Sunday 9th to assist in the running of the raffle. Myself and a good few others have already made arrangements to attend the Marian Price march on Saturday 15th and I'll be on two five-person leaflet-teams ('Eve Rally' on 22nd and in Clondalkin on the 29th) to assist the Republican Movement with their events : we have been 'jobbed' to leaflet O'Connell Street , from the Bridge to the Ambassador Building (22nd) and the Mill and Tesco Shopping Centres in Clondalkin and all points in between (29th) !
If you can make it to any or all of these events it would be appreciated - and I might even 'sub-contract' you to distribute a few leaflets for me....!
JACK AND JILL WENT UP THE HILL.....

.....LOOKING FOR NATIVES TO KILL.
When a charity goes bad : this well-known children's charity has , I believe (and I hope) made a major faux pas by getting itself involved with the British Army in order to 'boost its profile' and fill its coffers. It has teamed-up with a musical gang of British Army cheerleaders and has decided to do so in a plush venue with the type of people who will only use the charity to boost their own profile. Whatever financial gain Mr Irwin and his colleagues derive from this charade deserves to be costly in terms of the moral standing amongst decent people which the charity will lose. This is the only ceremony involving that band that I might consider attending and I intend to bring that fact to the attention of the organisers and I hope you will do the same.
5TH SEPTEMBER 1908 - "...the group became Sinn Féin..." 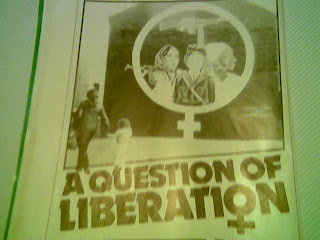 ".....a number of women gathered on Easter Sunday 1900 in the rooms of the Celtic Literary Society, and formed an ad hoc committee, later to be known as the 'Patriotic Children’s Treat Committee', with Maud Gonne as the unanimous choice for president. The committee was formed to provide a treat for children who had stayed away from an official function during the visit of Queen Victoria some weeks earlier. By the 30th of June 1900, 25,000 children had registered for inclusion, and the event was held in Clonturk Park on the Sunday following the Wolfe Tone commemoration at Bodenstown.....when the committee had completed this work, they realised that they had skills and talents which should be further utilised. A National Women’s Committee was formed which led, at the beginning of October, to the inaugural meeting of Inghinidhe na hEireann (Daughters of Ireland). The Inghinidhe had as their aims: to re-establish the independence of Ireland; to actively promote the study of Irish language, literature, music,history and art; to discourage interest in English popular culture; to support Irish industry. Besides pursuing their aims, and in the process influencing the way Irish people thought of themselves, the Inghinidhe also gave many women the opportunity to find and use their talents in public speaking, and as organisers, leaders, teachers and journalists. They provided free classes in Irish, history and music to children over the age of nine......in 1902, the Inghinidhe voted to join Cumann na nGhaedheal. In 1907 the Dungannon Clubs unified with Cumann na nGhaedheal as the Sinn Fein League; a year later, after merging with the National Council, the group became Sinn Fein......"
More here , and it's well worth a read. Mr Irwin and his 'Jack And Jill' colleagues could do worse than spend an hour or two reading it and finding out just why it is that the British Army connection they wish to make does nothing "to discourage interest in English popular culture" but will , I hope, 'discourage interest' in their Foundation.
EXCLUSIVE !!! WE REVEAL WHO SHOT JR.......

....HE DID - IN THE FOOT.
Our JR is a lously actor surrounded by other lously actors in an equally lously production , as can be confirmed by anyone who watches his present performance - as a doctor playing the part of a failed politician. Indeed , the only people who like his attempts at an accurate portrayal of the part are some of those who hang non-productively around the Leinster House set and soundstage where this latest in a long line of disasters is grinding to a halt. And what would they know anyway - were it not for a rich benefactor in the IMF Studio they themselves wouldn't be there : they would be slumming it in the Costa Del Dodgy with other criminal elements.....
Thanks for reading , Sharon.