'THERE WILL BE ANOTHER DAY.....' By Peadar O'Donnell ; first published in January 1963.
De Valera had an easier road now, but he still felt his way carefully. His first proposal did little more than pose the question whether Republican TD's should declare themselves willing to enter the Free State Parliament , if the Oath were removed , but Sinn Féin did not take the proposal kindly and it was defeated at the Ard Fheis. De Valera withdrew to found Fianna Fáil , a decision which created new problems , as many members of the IRA favoured political action of this kind. There was sharp discussion on whether membership of Fianna Fáil was compatible with membership of the IRA. In these circumstances the IRA put forward a plan that Fianna Fáil and Sinn Féin ('1169..' Comment : the two are practically one Party today...) should agree on a panel of candidates to go forward at the forthcoming general election with IRA support , 'to win a majority'. The majority should then meet outside the Free State Parliament to agree on the composition of the government , and on the steps 'progressively to restore the Republic peacefully'. The Republican TD's would enter the Free State Parliament to get control of the instruments of the State. The executive committee , senior officers and army council met at my place , 39 Marlborough Road , Donnybrook , Dublin, and held a long session on this proposal , finally recommending it to the army council. Jack Plunkett alone dissented. Sinn Féin resented IRA intervention into the political field which they looked on as their own but they agreed to go along, provided Fianna Fáil candidates pledged themselves not to enter the Free State Parliament as a minority. Fianna Fáil said the only way to win a majority was to declare willingness to go into the parliament as a minority and, when the discussions broke down, Sinn Féin leaders considered that they had been pushed dangerously near to 'the slippery slopes of politics' and many of them, justifiably enough, blamed me for it.(MORE LATER).

THE PETER BERRY PAPERS....... The Top Secret Memoirs of Ireland's Most Powerful Civil Servant : Dirty Tricks, Election '69/ Spying on a Unionist Politician/ Keeping the (State) Taoiseach informed/ The Garda Fallon Murder/ Advice to Jack Lynch- 'Fire the pair of them...'/ Vivion De Valera's advice to O'Malley/ Rumours of a Coup D'Etat/ The Internment Plot, November 1970/ Secret Meeting with William Craig.
From 'MAGILL' magazine , June 1980.
" Mr Craig said that he would give this matter serious concern and stated that he was greatly relieved to hear what I had conveyed to him from my Minister. He referred to the impending visit of a member of the IRA to America and asked me were we aware of and concerned about that . I was already aware that the FBI had told Scotland Yard who told the RUC that information about the visit had emanated from Dublin. I admitted awareness and said that that was taken care of. Scotland Yard are already aware from the FBI of the steps to be taken. Mr Craig referred to the leniency with which our Courts treated the IRA and referred to the very short sentences given to the men armed with machine guns who were arrested near Cappoquin. I explained that under our Constitution our summary courts could only try minor offences , that if we had charged the men with indictable offences they would have been entitled to trial by jury and that, from bitter experience, we could not hope to get a jury unanimously to bring in a guilty verdict. In reply to an inquiry I explained that the Special Criminal Court could only function when the Government made a proclamation that the ordinary courts of justice were not sufficient for the maintenance of law and order and that before such a proclamation could be made , incidents would have to occur which would demonstrate to the public that the ordinary Courts were inadequate. Mr Craig said that he appreciated the sequence but the people in the Six Counties did not and they were only concerned that, somehow or other , effective steps should be taken so that they could live their lives in peace and safety....."(MORE LATER).
DON'T FORGET..... 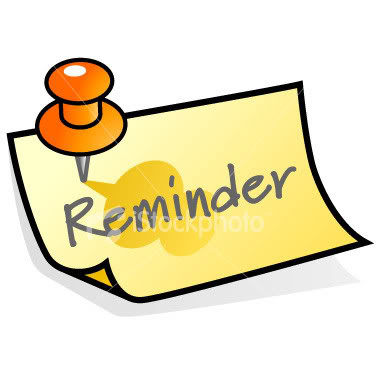 ......this coming Saturday (29th September) the Clondalkin-based Cumann of Republican Sinn Féin (the Maire Drumm/Kevin Barry Cumann) will be holding a picket in Clondalkin in support of Irish POW's : details here. 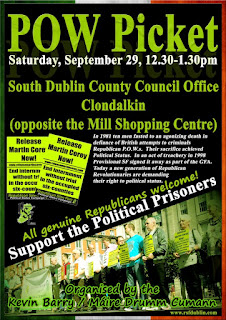 This hour-long picket will start at 12.30pm : bus info here or, if you're driving to the event , you can avail of free parking in the carpark of the Mill Shopping Centre , which is less than ten metres distance from where the picket will be taking place. All genuine republicans welcome !
" I WAS OUTTA ME HEAD WHEN I DONE IT...."

'AMPLIFIED' : A powder, containing dimethocaine, a local anaesthetic with stimulant properties similar to cocaine. Also sold as Mind Melt.....
Well, that explains it : why Doctor Reilly so blatantly broke one of the 'values' of Fine Gael ("Fine Gael believes in being truthful and courageous in what we do....we stand for integrity in public life...") - the man just wasn't himself when he done it . He was 'tired and emotional' as opposed to being just another Free State 'Stroker'. However , this 'JR' - like his equally obnoxious tv-namesake - claims to be 'the innocent bystander' in developments that have nothing (much) to do with him and that he acted above board and in good faith at all times. Well , doctors differ , Mr Reilly , and not all your 'patients' will swallow that particular medicine.
A POISON TREE : YOU CAN CHOOSE YOUR FRIENDS BUT YOU CAN'T CHOOSE YOUR FAMILY.

This type of post is a first for us. The blog in question is 'doing the rounds' in the area where I live (Clondalkin, Dublin) and has left those that have read it in an angry mood - sad , yes , and feeling disgusted, but angry , too. And no wonder. I actually cried having read it - a mixture of disgust , sadness and anger brought tears to my eyes and I just can't get the subject matter out of my mind. It's very hard to believe that people could do this to each other , but all the harder to think that family members could do it on their own parents. But read the blog yourself (I'll give you the link before I finish this post) and the proof seems to be irrefutable. For some reason , it brought William Blake's poem to mind :
I was angry with my friend:
I told my wrath, my wrath did end.
I was angry with my foe:
I told it not, my wrath did grow.
And I watered it in fears
Night and morning with my tears,
And I sunned it with smiles
And with soft deceitful wiles.
And it grew both day and night,
Till it bore an apple bright,
And my foe beheld it shine,
And he knew that it was mine -
And into my garden stole
When the night had veiled the pole;
In the morning, glad, I see
My foe outstretched beneath the tree.
I don't know the author of the blog (a teenage girl, I think...?) , nor do I know the family involved , although I would like to find out : the author deserves a hug and could do with someone to share his/her justifiable anger with, whilst his/her cold-shouldered uncle should be highlighted as a role-model. But his two sisters should be shunned by all humans and exiled to a place where they could only hurt , disappoint, vex and irritate each other. The mother and her late husband deserve sympathy and an understanding of the distress that has been forced on them by two of their own daughters. I feel quesy having read it because I know and visit all the places mentioned in the various blog posts and the thought that I might have actually rubbed shoulders - even breathed the same air - as one or other of those two women makes me uneasy and leaves me feeling unclean.
The author has asked his/her readers to publicise the blog (".... I am asking readers that have a Facebook page or a Twitter account or their own blog or website , or if they have contacts with journalists, if they could please help publicise my blog as I know from the experiences that my immediate and extended family are going through just how divisive theft like this can be for all concerned....") and whoever you are that is reading this now - and wherever you are - I'm asking you to please do the same : spread the link , share it with your contacts on Facebook , Twitter etc , highlight it on your own blog or website , bring it to the attention of print journalists , pass it on to radio presenters etc - anything you could do in that regard would be appreciated. It is truly a worrying and disgusting occurance and it disturbs me that it has happened. Read it for yourself , and feel the anger.
Thanks for reading, Sharon.