The greatest barrier to Mellow's appeal was not the confusion of the times , nor the late hour of its release, but the climate of 'innocence' in which the post-1916 independence movement was developed. The economic framework and social relationships , which expressed tyrannical aspects of the conquest were declared outside the scope of the Irish Republican struggle - even the traditional , explosive landlord-tenant relationship , and rancher-small farmer tension.

It is not the social origin of leaders that matter , but the social tier from which their philosophy derives. Under the shelter of 'pure ideals' , the Irish middle-class held its place within a movement it feared . Arthur Griffith was its most advanced theoretician - he was at once firm for his plan for a parliament for all Ireland , and set in his opposition to any struggle on social issues within the national fight : he had a thesis that Ireland's economic and social ills derived from British rule in Ireland and they must wait on Home Rule for progressive remedy.......
(MORE LATER).

" Mr Tony Fagan , Personal Assistant to Mr Haughey (Minister for Finance) was invited by Chief Superintendent Fleming to come to Dublin Castle for questioning - he had no objection provided that he was authorised to do so by the Taoiseach , who agreed that it was proper that he should be asked to make a statement to the police and Mr Fagan received a suggestion that he might take two days leave.

He made a very lengthy statement in two parts : the first dealt with the attempted importation of arms through Dublin Airport in April and an earlier attempt, on 25th March , to import through Dublin seaport. The second dealt with the considerable sums of money placed in an account in Baggot Street branch of Allied Irish Bank , labelled 'Belfast Fund for Relief of Distress' , to which Captain Kelly had access.

At the end of the taking of statements the police were of the view that Mr Fagan had acted throughout under the instructions of Mr Haughey but that he had been in no doubt that the importation of arms, without compliance with the provisions of the Fire-Arms Act , was in progress........"
(MORE LATER).

....but that was then (before he had 'made it' re securing a political career for himself and his fellow-State Labour Party careerists) and this is now (after he has secured a political career for himself) and, in that regard , he is simply confirming that no matter which political party he is a member of , he is motivated by being elected , not by any deep(or shallow)-seated political convictions.
The State Labour Party , which this ex-Stickie/DL career politician now leads, is rightly being referred to as 'the new Greens/PD's' for the manner in which , whilst in so-called 'opposition' , they 'talked the talk' about 'protecting the poor and the unemployed' etc but , once secure in Leinster House , they turned on those same people , many of whom, unfortunately, were conned into voting for them in order to remove the then Fianna Fail/Green coalition administration.
If people in this State hang around long enough - that is , if they're not all forced to emigrate in order to find employment - they will without doubt witness the same Mr Gilmore and his colleagues , at some time in the future , loudly condemn the new household tax , which they now champion. But that type of behaviour is to be expected from the interchangeable unprincipled curs that sit in the IMF/EU Sub-Office that is Leinster House......


" I give all me money to sick animals......" , said Daniel , as he bought his usual five raffle tickets from me at the monthly raffle last Sunday (11th March 2012) , ".....but I don't know that when I'm backing them....." , says he !
Danny was understandably delighted with himself , as were Charlene and Breda , whose names he put on the tickets.
We had yet another financially , morally and spiritually (!)-enhancing day out at the monthly raffle , in the usual Dublin/Kildare-border hotel venue last Sunday , at which a 'dacent few shillings' was earned for the Dublin Comhairle Ceantair of Republican Sinn Féin.

First prize of two-hundred Euro was won by one of our regular 'punters' , Brendan , who almost hugged our 'Racy' to death for selling him the ticket (number 256) , closely followed into the 'Winners Circle' by Gavin , who took second prize of one-hundred Euro on ticket 163 : Eoin , from Tallaght- an 'almost ran' up until that raffle! - finished in third place and was awarded forty Euro after number 617 romped home.
Daniel , as stated above, was associated with fifth and seventh prizes on ticket numbers 717 and 718 (each worth a twenty spot!) and Linda , 'Little Una' and Steve also got 'twenty quid' each , having won fourth , sixth and eight prize between them , on ticket numbers 666 , 633 and 191.
At the time of writing , there are just under one-hundred tickets left for the April raffle - and over two-hundred takers ; so , once again , it's going to be 'the early bird...' etc !
Very 'Well Done !' to the 'Raffle Crew' and to the Movement for making this the 'run away' success it is. Now , where's the 'Best Dressed Lady With The Funniest Hat' competition taking place......
Thanks for reading,
Sharon. 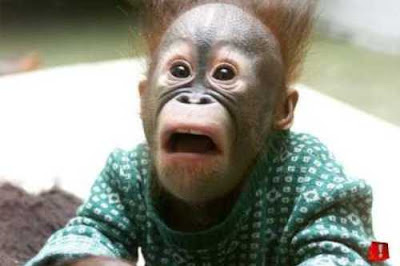 A wee 'teaser' here for a piece we'll be posting tomorrow evening (Wednesday 14th March 2012) , concerning the leader of one of the political parties in Leinster House ; the man in question currently leads one of the coalition parties and is presently attempting to push through a new tax which he himself has described as "unjust" - and we will have proof , both text and pictorial, of that, by evening time tomorrow. Not alone does the politician in question actually attack the new tax that he is apparently trying to implement , he outlines his reasons for doing so in some detail. Our 'legal department' will have the article cleared and ready to go tomorrow evening so, for a view of a political hypocritical head on a brass neck , check back here on Wednesday evening......
Thanks for reading,
Sharon.