AN IRISH SOLUTION TO AN IRISH PROBLEM !

Whatever about the 4-0 defeat to Spain suffered by the soccer team representing this State , the Irish fans that were in the stadium for that match have received high praise for the dignified manner in which they held their composure even though they knew the game was up (!) , and rightly so. The Irish ballad about An Gorta Mór - the enforced 'famine' in this country - was sung long and loud by those supporters , much to the surprise of the Spanish team and supporters , and that of the media covering the match.
The 'Trevelyan' mentioned in the song is a British 'landlord' and political Administrator for Westminster who , like so many of his type at the time , could have helped the people but , again as his type done , instead used the situation to increase 'his' holdings and personal wealth. Anyway : enough politics - let's talk sports ! And I know I said I wouldn't do anymore 'sporty' posts , as it's not my favourite subject and I have no real interest in the 'field' (!) but the two lads from this Parish and everyone else who has attempted (unsuccessfully!) to get me interested in this 'game' are of the opinion that the Italians , whom this Free State team are to play against on Monday 18th June next , will 'walk all over us' and thrash 'the Boys in Green' by at least 3-1 ?
My solution - the above-mentioned 'Irish Solution...' - - is this : enter Robbie Keane ,the rest of that team and the singing supporters into the Eurovision Song Contest where they might have a chance of winning something and round-up as many of the Free State acts from that singing contest as we can find with such short notice and put them out on the pitch on Monday night to have a go at the Italians ; that way , when 'our lads' loose, we can save some face by stating the bleedin' obvious in declaring - "But of course the Italians won ; sure it wasn't a proper team they were playing against.....!"
Although , come to think of it , we'll be able to say that anyway ;-)
Thanks for reading, Sharon.

......WELL - NOT BY MORE THAN FOUR GOALS , ANYWAY ;-) !
(My first non-political , 'sporting' post : tongue-in-cheek , as you'll notice but , if we can't slag ourselves then we're in worse condition that we thought we were !)
The two lads that work with me on this blog are in the depths of despair as I write this : they are now listening to some soccer pundits/'experts' on the television who are desperately attempting to explain why it is that this Free State soccer team have just lost 4-0 to Spain - apparently , it is mostly someone else's fault ! We have..... 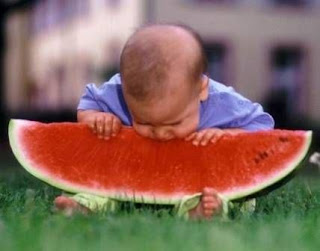 ....bitten off more than we can chew !
I can safely predict that there will be HUGE demonstrations of relief in the streets of this 'alice-through-the-looking-glass' State tomorrow and that a State-wide holiday will be declared by the losers - the ones in Leinster House , that is - in recognition of the fact that the team only lost by four goals , and not by the 27 that Spain deserved.
So don't be..... 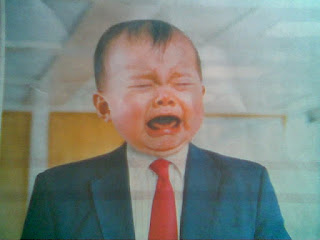 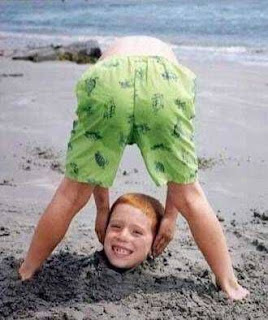 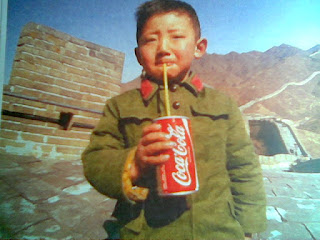 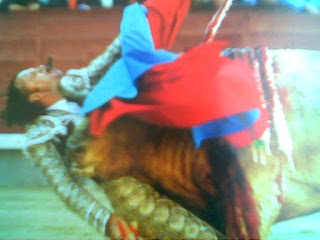 ....that the Irish bull (!) will get its own back against the Spanish bully someday. Or not !
Anyway : we haven't lost everything in regards to the soccer talent and skill that 'our team' possess : I believe that Robbie and those he takes to the pitch with will at least be declared the 'First Team To Be sent Home' , and no-one can now take that 'victory' away from us. Not even Robbie and Co, it seems... !
Thanks for reading - and no more 'sporting posts' from now on - promise....!
Sharon.

I made my home in Dublin and although I was in and out of Donegal , I did not come face to face with any incident arising from the 1919 decision on rent , until late 1925 or early 1926 : unlike most countrymen who go out from their home districts , I do not read a local weekly newspaper and missed reports of occasional seizures on foot of decrees of arrears of rent. Every now and then I did read an extract from a sermon by a District Justice on the transgression of tenants who sheltered themselves behind the independence movement for a selfish end , but beyond damning those wandering preachers I took no notice of them. And then one day a thing happened - Jack Boyle , of Croveigh , Dungloe , County Donegal , a man at whose fireside I had often found welcome and warmth and food , handed me a letter which warned him that unless he paid his arrears of land annuity before a stated date , court proceedings would be taken against him and legal costs would add to his burden. We sat on a flag-stone by the roadside on a sunny day and when , fumbling and awkward, I said maybe it would be a mistake to let the cost of court proceedings overtake him , he told me it just did not matter , that the arrears itself were beyond him and that to pay that sum he would have to sell his few head of cattle. There were many others in his plight. If the bailiff came , the worst he could do was drive away his few cattle....... (MORE LATER).

THE PETER BERRY PAPERS....... The Top Secret Memoirs of Ireland's Most Powerful Civil Servant : Dirty Tricks, Election '69/ Spying on a Unionist Politician/ Keeping the (State) Taoiseach informed/ The Garda Fallon Murder/ Advice to Jack Lynch- 'Fire the pair of them...'/ Vivion De Valera's advice to O'Malley/ Rumours of a Coup D'Etat/ The Internment Plot, November 1970/ Secret Meeting with William Craig. From 'MAGILL' magazine , June 1980.
" Prosecutions were taken against the eleven offenders in the Dublin District Court on 8th July 1970 , and the actions of the offenders were described by the State Solicitor who prosecuted as of an 'unprecedented , outrageous nature and constituted a form of anarchy...' . He said that he was authorised by the Attorney General to state that "Mr Berry had nothing good , bad or indifferent to do with the giving of information to the British Courts or the British police." The cases were adjourned to 31st July when the two principals were each fined four pound and were bound to the peace , and the others were given the benefit of the Probation Act on undertaking not to repeat their conduct. However , the day before that , some of the defendants circulated posters on city streets of even a more scurrilous nature which , in the view of the police, were an incitement to murder."
é 8TH JULY 1970 :
"Before the defendants were brought to court on July 8th , the 'Irish Press' newspaper had printed on their front page an account of the picket on my home and published the false libellous words that meant and were understood to mean that I had supplied information to the British authorities in relation to the conviction of Irish Republicans. When the matter came to the notice of Mr. O' Malley during the morning , without reference to me , he phoned the Acting Editor of the 'Irish Press' and made a strong protest against this 'felon setting' . It was admitted to the Minister that the 'Irish Press' had advanced information and that their reporter was on the scene......." (MORE LATER).
NOAH AND ELTON 'HAPPY CAMPERS' , BUT BREDA IS THE BEST DRESSED..... 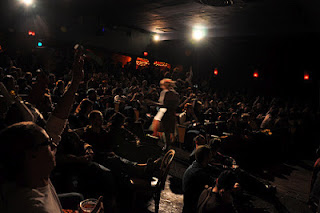 We had a hectic time on Sunday last (10th June) in the hotel at the CABHAIR raffle : as well as the usual boisterous (!) crowd that this monthly raffle draws in , the venue is regarded as a Sunday 'meeting place' for us Dubs and our country cousins to have a chat , a meal and a few pints , with plenty of activities for the kiddies to enjoy. On top of that , there was a few football games on the telly , and the Free State football team was due to try their hand at this foreign game that evening - to be broadcast live on the big screens , for some reason - and dozens of their supporters were in the bars and lounges , all feeling lucky , apparently , and in great form to buy raffle tickets from us. Plus , we were joined by about two dozen of our Republican comrades who had travelled the short distance from the then recently-finished Wolfe Tone Commemoration. Had we a printing press with us , we could easily have printed and sold at least another 100 tickets but , unfortunately , we hadn't so we couldn't !
After many apologises for having no more tickets to sell , the two CABHAIR monitors closed their book , satisfied that all tickets and funds had been accounted for and two other CABHAIR members took the raffle drum to a table and asked someone seated there to pull a winning ticket from it : this process is repeated at ten or fifteen minute intervals for all eight prizes , allowing time for the result sheets to be filled-in and for the winning number(s) to be circulated throughout the premises.
The 1st Prize , EURO 200 , won with ticket number 652 (on this occasion , new tickets [651-670] were put in to the raffle drum to replace 20 other tickets that had been 'acquired' by State 'security forces' , which happens quite often) was sold by Danny to a local girl , Breda Kelly , who just couldn't bring herself to believe that the envelope presented to her contained such a sum of money - until she opened it , that is... ! The 2nd Prize , EURO 100 - ticket number 283 - went home to Carlow with the lovely young Kayla , after Mam and Dad had managed to quieten her down , such was her excitement ("I'm rich , Mam , look....!!") and Seán , from Dungarven , quietly pocketed the 3rd Prize , EURO 40, after claiming same with ticket number 002. A shrewd man , that Seán fella - no fuss , no 'grand entrance' : simply presented his ticket stub to the CABHAIR reps , put his envelope in his inside pocket , gave me a wink and walked calmly to the bar !
4th Prize , EURO 20 , was won by a young lad from Wexford , Noah - ticket number 202 - and his drinkin' buddie , Elton , was 'up' the same amount , having bought ticket number 597 from our Tommy , who got two free pints for his 'troubles' ! One of our other regular ticket sellers , Paddy E , from Blanch , sold ticket number 518 to Pat , who found himself twenty-spot better off as a result of winning the 6th Prize , and 'SOS' won the same on ticket number 482 (7th Prize) just before Tony B won the last prize - EURO 20 - with ticket 136 , having bought it from a delighted Anto.
A good few of us stayed on in the hotel until late that night , such was the atmosphere - great craic , crazy mix of music , locals , soccer supporters and Irish Republicans all of whom , between them , managed to 'unite' in support of Irish political prisoners and their families : the CABHAIR organisation are to be congratulated for making these fund-raising 'gigs' into what they have become - regular opportunities for a community to 'pull together' in support of such an important cause !
Thanks for reading, Sharon.