GREEN LABOUR TO GET THE 'GO LIGHT'.

'THERE WILL BE ANOTHER DAY.....' By Peadar O'Donnell ; first published in January 1963.
But I was a bad messenger to the Republican Movement just then : Sinn Féin held it against me that I sponsored the resolution, at the first General Army Convention after the cease-fire, by which the IRA declared itself an independent organisation and withdrew its allegiance from the Republican Government. The Sinn Féin position was a simple one : the people were confused by press and pulpit and must be won back to the allegiance of the Republic , and they would express this allegiance by returning a majority of Sinn Féin candidates at a general election. The Treaty was simply a piece of penal legislation directed against the Republic by Britain and no laws proceeding it were binding. The surviving members of the second Dáil Éireann who voted against the Treaty were the basis for the legitimate government of the Republic and all republicans owed that government their allegiance ; that second Dáil Éireann was never properly dissolved.
Sinn Féin TD's , elected for the first time in 1923 - I was one of them - sat with those others of the Second Dáil in somewhat the same relation as townland delegates sat with our committee. I very quickly formed the conviction that nothing good could come out of this body , for here was the same climate of ideas as in 1918 - the same impatience with every gesture towards agitation on social issues. It seemed to me that the IRA must separate itself from this political pattern , if it was to make its way into vital association with the people by giving itself a role in struggles on concrete issues , which alone could expose the interests with which the Treaty corresponded and create the forces for their overthrow.(MORE LATER).

THE PETER BERRY PAPERS....... The Top Secret Memoirs of Ireland's Most Powerful Civil Servant : Dirty Tricks, Election '69/ Spying on a Unionist Politician/ Keeping the (State) Taoiseach informed/ The Garda Fallon Murder/ Advice to Jack Lynch- 'Fire the pair of them...'/ Vivion De Valera's advice to O'Malley/ Rumours of a Coup D'Etat/ The Internment Plot, November 1970/ Secret Meeting with William Craig.
From 'MAGILL' magazine , June 1980.
"I referred to the newspaper reports (Irish Times , Irish Press , Belfast Telegraph etc) in which Mr. Craig was reported as having said that he was concerned about the amount of illegal activities of the IRA across the Border and that security precautions were being increased on that account. I said that my Minister had received , even in the past 48 hours, the most categoric assurances from the Garda Authorities that there was no drilling going on in any of the Border counties of Donegal , Monaghan , Cavan or Louth (which had been named in the newspapers). I said that the Officer at Garda Headquarters specifically in charge of such matters had, on my instructions on 2nd October , made personal enquiries of each of the Chief Superintendents in charge of our Border Counties and had been told by each, in turn, that no drilling was going on. I invited my listeners to give me particulars identifying the places.
Mr. Craig said that he had full confidence in his police who had informed him of the IRA activities without particularising and that he had been told by "the brother of a friend of his" that while motoring in the 26 Counties beyond Belleek in August he had seen two men with rifles wearing blue berets and wearing armlets or shoulder flashes. He asked what were they but IRA : as to this , I have made enquiries - the Gardai suggest that the two men may be soldiers in mufti , or ex-soldiers , who served in the UN Force in the Congo who were all permitted to retain their blue UNO berets , armlets and shoulder flashes when leaving. The Gardai suggest that they may have been shooting rabbits with .22 rifles and completely discount the idea that they were IRA...." (MORE LATER).
THE STATE LABOUR PARTY ARE THE 'NEW' GREENS.

This missive was released last week by SIPTU for two reasons : to try and present the State Labour Party as the only trusted 'political safeguard' that working-class people have against a right-wing onslaught and in the hope that the union involved (SIPTU) can promote itself as a 'concerned organisation' to the public. It failed on both counts : the "....all-out attack on workers.." is well underway and is not only being supported by 'Labour' but is being encouraged by that party. SIPTU will never recover from 'Slushfund Gate', nore does it deserve to. This is a case of one useless organisation attempting to protect another , in the hope that the favour will be returned.
Like the State Labour Party (which it is affiliated to) SIPTU is only in it for what it itself can get out of it. Just as the failed 'Green Party' were only in Leinster House for the pensions , the State Labour Party will get their answer the next time voters are given the opportunity. These two Green-impersonators deserve that same treatment and the sooner they get it, the better - maybe then the people will realise that they will have to fight for themselves to improve their own standards , and not put their faith in charlatan outfits like SIPTU and the State Labour Party.
IT'S A DRAW.........

......THAT 'P' WANTS THE GAA TO BAN WOMEN AND THIS WOMAN WANTS TO BAN THE GAA FROM MY RAFFLE OUTINGS !
On Sunday 9th September last at the monthly Irish Republican raffle , in our usual hotel venue, we were very lucky to get seats , never mind the two tables we needed to work off and the wee bit of floor space we were looking for : I didn't know it at the time , but Dublin were playing against Tipperary and an hour or so later Kilkenny were playing against Galway and, apparently, there were more fans wanting tickets than there were tickets to sell - resulting in a very packed sports venue , which was excellent for us (raffle ticket sales!) but made for an uncomfortable three-hour job!
But we managed , and the winners we had on the day were from Dublin ,Clare and Wexford : the first county drew with Tipperary in the game that day whilst Clare weren't on the pitch at all and only 'scored' once with us - and Wexford is only good for your holidays !
One of our regular ticket-sellers , Owen , who sells quite a few tickets in a Dublin city centre pub for the Movement , claimed a free pint (point!) or two as two of those he sold to won a few bob: Josh won 1st Prize of €200 with ticket number 114 and Máire took home €40 , having won the third prize on ticket number 103. Seán Ó snook up the middle and took home the 2nd Prize , €100 , on ticket 459 , followed to the winners table by Michael B. from Kilrush , in Clare, who, with ticket 358, claimed 4th Prize of €20.
Posted by 1169.... at 6:32 PM

THE (REPUBLICAN) REV. MINISTER AND THE POLITICIAN.... 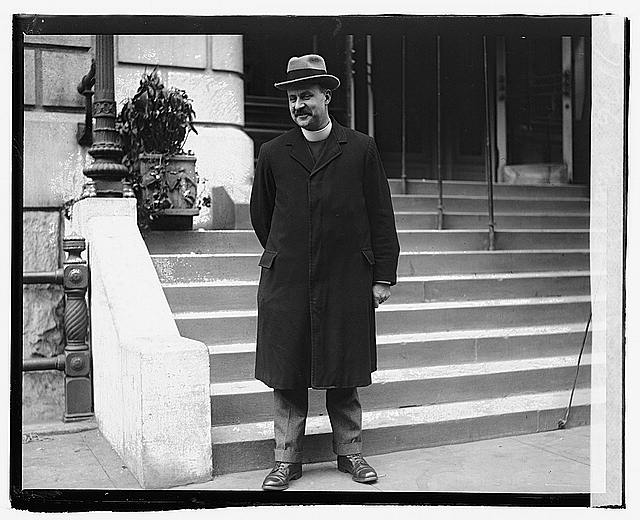 Rev J A H Irwin.
...just a quick note re an interesting discussion which will be held at 8pm on Monday 10th September 2012 at the Lucan Festival , County Dublin , just up the road from '1169 Towers' !
Friends of ours in the vicinity contacted us today and asked for a wee plug , knowing well that it's a subject that would be of interest to us. Rev. Irwin had an interesting life , some of which will be highlighted during the discussion ("....in 1920 Dr Irwin, unknown to his congregation at first, travelled secretly to New York in order to undertake a speaking tour of the USA with Éamon de Valera, President of the First Dáil. Irwin remained a supporter of Sinn Féin and a friend of de Valera until the Minister's death in 1954....[more here]...") . The talk will be delivered by Dr Eamonn Phoenix and it's an event which we on this blog would ordinarily attend but this time we won't be able to make it : at that same time on that Monday night we will be at least one hour into the monthly post mortem into the 'Second Sunday Raffle' , which was held today (Sunday 9th). The 'post mortem' is held to give a voice to the organisers , the 'Raffle Crew' and our customers , as a means of improving the event , if need be , and is too important to miss. So Sorry , Mattie , Louise and Mark , in Lucan - we won't be able to make it (as explained in our 'phone conversation) but we are more than happy to give ye a plug!
And we will have a raffle report ready for the blog before or on Wednesday , in the course of which we will mention the 'four tribes that went to war...' !
Thanks for reading, Sharon.