JACK AND JILL AND 10,000 REASONS TO CALL IN THE BRITISH ARMY.

'THERE WILL BE ANOTHER DAY.....' By Peadar O'Donnell ; first published in January 1963.
I told the meeting that I went to see Paddy Hogan at their bidding and he refused to talk terms with me - that in his view his fight was with me and that that was a bit of good luck for them. Hogan would make no terms with me, but he would make peace with them , and on their own terms at that. I told the meeting that I saw that in his mind and we facing each other across a table as clearly as I saw the plates on the dresser. All they need do to cast aside fear of the bailiff and fear of the jail was pay one year's rent and there would not be another word about the arrears, provided they did one thing more - make it known to the newspapers that they were doing this against my advice.
Into the silence that fell then , James Doran stammered hurriedly - " That's the word , Janey (Eugene) Doherty sent me. Get rid of Peadar O'Donnell and you're rid of your trouble." There was no message I should prefer before that one at that moment. Eugene Doherty was one of the government TD's for County Donegal and he lived in the village of Dungloe. This message would have more authority that his word behind it. Here was proof , if I needed it, that my feet were on the ground.
I explained that in order to demonstrate that they were all in this together, they should use the same wording in all their letters and towards that end I had brought a bundle of cards which would be distributed among them and they could take the wording from them. This would show they were still holding together and not just stampeding out a gap. I turned to Black James Duirnin and said - " This is the backdoor we always said we would use if we had to. Advise them to use it." But before Black James could get to his feet , as he rarely spoke without getting to his feet, Jimmy Getins spoke : And is this the best we can do ? I say, Peadar, is this the best we can do...?" (MORE LATER).
THE BETRAYAL OF 1916 - 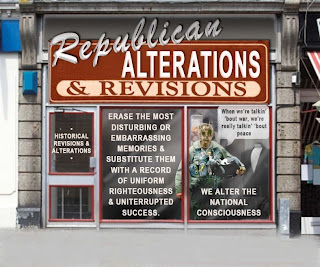 - REVISIONISM EXPOSED.....
From 'IRIS' magazine, Easter 1991.
By Martin Spain.
In conclusion, the modern-day success of the revisionists owes much to the failure of the 26-County State to even come close to achieving the aspirations contained in the Proclamation of 1916. Dublin (ie Leinster House) accepted partition and is unwilling to confront the situation today in the Six Counties in any realistic manner. Subservience to the British through the Hillsborough Agreement has led to Dublin keeping quiet on such issues as the Birmingham Six , the shoot-to-kill policy, and collusion between crown forces and loyalist death-squads etc.
The 1916 Proclamation is a fascinating document and it's programme for real revolution in Ireland was echoed in the Democratic Programme of the First Dáil in 1919 but was abandoned by the Free State government in 1922 , as its aspirations were far too radical for the reactionary combination of Catholic Church and the conservative element which was the Free State establishment.
Their primary objective was to crush republicans , to make their peace with Britain and, most importantly, secure their new position of power within the confines of what the British had conceded, no more than that. ('1169...' Comment : .....and that remains the objective of the Leinster House institution and , by default, the objective of all those who voluntarily share that physical space with them.) (MORE LATER).
MUSIC TO MY EARS......

Introducing kids to the 'gentle' side of warfare.
A gang of thugs is still a gang of thugs even when they are dressed in clean , crisp ,shiny and colourful uniforms and brandishing musical instruments instead of weapons of war. That was the point we made when we wrote this piece in September last year : "When a charity goes bad : this well-known children’s charity has , I believe (and I hope) made a major faux pas by getting itself involved with the British Army in order to ‘boost its profile’ and fill its coffers. It has teamed-up with a musical gang of British Army cheerleaders and has decided to do so in a plush venue with the type of people who will only use the charity to boost their own profile. Whatever financial gain Mr Irwin and his colleagues derive from this charade deserves to be costly in terms of the moral standing amongst decent people which the charity will lose...." (...more here.) Others , too, objected and , although the gang of 'musicians' turned-up and done their bit for Brit Army PR and the on-going 'normalisation' policy , the 'Foundation' attempted to cover its tracks and removed from its website , as best it could, all mention of its connection to the British Army in relation to the 'fund-raiser gig' but was unable to delete mention of the 'gig' by third parties , thus placing it in the position of having to defend itself.
And once again , the 'Jack and Jill Foundation' has made the news in connection with dodgy dealings : "Speaking to RTÉ's Morning Ireland, Jonathan Irwin said that the organisation has been forced to return €132,000 in donations within the last 15 months....." (from here) , this time in relation to an apparent credit card fraud in which those committing the fraud deposited ('donated') tens of thousands of Euros to the 'Foundation' in order to test cloned credit cards. When the 'J and J F' realised what was happening they returned the dodgy 'donations' and, in doing so, ran up a bank 'account administration' bill of about €10,000 !
This blog can only suggest that the 'Foundation' hold a fund-raiser to clear this debt and we ask that their colleagues in the above-mentioned shiny red uniforms put on a (jolly good) show , on a 'FOC-U'* basis , naturally, with same to be held on July 12th. Admission tickets should be priced at 30 pieces of silver per person even if the person trying to gain admission is wearing a shiny red uniform and carrying a musical instrument and especially so if that person is a card-carrying member of the 'Foundation'. After all , it wouldn't be fair to differentiate between that sort.... (*'FOC-U' : 'Free Of Charge-Unhindered')
ONE SLIPS THROUGH THE CUCKOO'S NEST...... 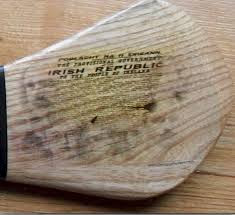 Win or lose , it's a song worth signing!
This RTE video will probably be gone or edited by the time you click on it , but at the time I posted this it showed the Limerick hurling team in their dressing room after they won a game against a team from another county (!) and they celebrated by , amongst other things, singing a song that hasn't been heard on RTE television since it was taken over by the State 'Establishment' (which was shortly after it first came on air) . The song in question , 'Seán South of Garryowen' , tells the story of IRA man Seán Sabhat , a man whom RTE would consider to be a 'dissident/gang boss' , to be mentioned only in relation to drugs and thuggery.
The next match that that Limerick team take part in will probably be in relation to some or other prison league.....!
ANOTHER ASSURED PENSION-POT FOR THE BANKERS AND THE POLITICIANS..... 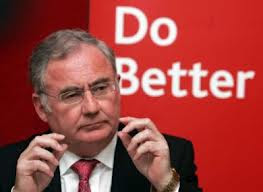 Rabbitte : 'Doing Better' to ensure his pension at the price of his own political future.
'Every household in the country (sic) will be hit with a new Public Service Broadcasting Charge to replace the television licence fee next year. Nobody will be able to refuse to pay the charge because it will apply regardless of whether you have a television, computer or any other device that can pick up public information....' (From here.)
In other words , every household in this State will shortly be charged for a service which is broadcast be a media outlet regardless of whether they use that service or not. A defence of not owning a device which is capable of receiving that which is broadcast by that media outlet (ie a mobile phone , TV , radio or computer) will now have no bearing on whether or not you 'owe' the fee - apparently , if you qualify to be registered on the State 'Register of Electors' (regardless of whether you vote or not!) you will be judged to owe the money , which - for now - is set at about €160 a year. This move by the money-hungry politicians has a silver lining , in that it presents me and like-minded individuals with another opportunity to make a stand. As stated here previously , I haven't paid their double-bin tax , or their household charge or their property tax and I won't be paying their water tax or this new 'Broadcasting Tax' thus, hopefully, forcing them to take me to court to seek an order that 'monies owed' can be stopped out of my wages. I'll 'suit up' with a legal rep as best I can , financially but , win or lose , they won't be voluntarily getting any more taxes from me other than that which they already stop at source. I can't afford to keep them and their banker colleagues in the style to which they are accustomed and even if I could I wouldn't do it. See you in court.
WEXFORD COME IN FIRST. AND LAST..... 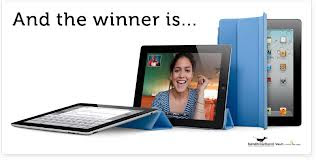 ....BUT (RSF) DUBLIN PLAYED A STORMER !
** Blushing ** here at the fact that, in our pre-raffle post , I stated - "According to what I've been told (by those that like to think they know better!) there isn't a lot of sporting activity planned for this coming Sunday (14th July)....." when, in actual fact, one of the biggest sporting 'gigs' for us Dubs was taking place on that Sunday : we were playing a match against Meath , in a Dublin venue , and (apparently!) we won. Yippee!
The hotel was absolutely jammers , mostly, it seemed, with Meath supporters but, as the match proceeded, they weren't as loud as the Dubs as all present (except, that is, for those of us who couldn't care less!) seemed to sense that us Dubs were gonna take the cup. Or the trophy. Or the pat on the back , or whatever it was that was on offer.....;-) !
Anyway - now for the important stuff! Wexford put on a 'good show' in the hotel , with Pat Kavanagh winning the first prize of €200 on ticket number 469 and Liam Roberts collecting the last prize (€20) with ticket number 448. A Mr. Gavin Dennan (who wouldn't tell us where he was from , except to say that he wasn't a Dub or from Wexford!) claimed the second prize (€100) with ticket 150 and loud cheers from all those who , presumably, weren't from Dublin or Wexford either! Anto B. , one of our regulars, sold two of the winning tickets - 3rd prize (€40) , won by the lovely Ella with ticket 567 and 5th prize (€20) won by the 'shy-girl' Nicole with ticket 563. Another 'mystery man' , David Stapleton , collected prize number four (€20) with ticket 179 , our Andy sold Niall O'C ticket number 682 which won him €20 and our last prize of the day , prize number seven (ticket 024), was sold by Anto , our bus driver, to the lovely Michelle , who bought her mentor a drink out of her winnings of €20.
And finally : in an effort to deflect attention from my Dubs-Meath faux pas , I want to draw your attention to this 'loser' , who made an even bigger raffle-related blunder than I did.... (....and yes, of course I know it didn't actually happen [unlike my boo-boo!] but gimme a break - I'm clutching at straws here....!)
Thanks for reading, Sharon.