HAVE TROTSKY'S AND FASCISTS 'THE RIGHT TO BE HEARD....?'

'THERE WILL BE ANOTHER DAY.....' By Peadar O'Donnell ; first published in January 1963.
The Governor of the jail, a man named Faulkner, was an understanding sort of person - I was working on a novel at the time and he made no difficulty at all about letting me send manuscripts out for typing. The prison doctor, Dr. Hackett, delayed for a chat with me, every now and then and he asked me once to promise him that when "my lot" came to power , we would not raze Mountjoy Prison to the ground but use it as a TB sanatorium.
He told me he got near-miracles of cures in the prison hospital and that some imponderable was involved - the good effect of regular hours, food and sleep incidental to jail discipline just did not explain it. The prison chaplin called on me once, but he wasn't at ease with me and all I recall of him was his intelligent , homespun sermons and a word of advice he gave prisoners one Sunday : there was no good in their coming to him to ask him to get them released and the way to get out of Mountjoy Jail was to stay out when you were out.
I did not meet the Protestant parson, although I asked one of the warders to let me know sometime he was in the wing. I wondered if he was the same, puzzled, friendly man who smuggled messages in and out for a few of us in 1922 and 1923.....(MORE LATER).
THE WRONG ARM OF THE LAW......

Roisin McConnell claims she was abused, called "a murdering bitch" , "Satan" and "the Devil". She claims gardai told her that her child would be taken away, that her husband was having an affair, that she would "do seven years in jail" and that she was "going to get stabbed". A named garda told her that when this happened, he would spit on her grave, she says.
By Sandra Mara. From 'Magill' Annual 2002.
Roisin McConnell was then questioned by a number of other named gardai, including a female officer. She said : "These three gardai questioned me but didn't abuse me in any way." A named detective ('Detective B') then joined the three gardai and, according to her statement, 'Detective B' "said to me that my husband Mark was 'a big fat pussycat' and that him and Frank McBrearty Jnr , who he referred to as 'Rambo', went up the road that night and killed Richie Barron. He asked me a question and when I answered he said 'You are like an IRA woman'.
At around 5pm, 'Garda A' returned to the interview room : Roisin McConnell's statement says - "He said to me 'Did you not confess yet' and I just looked at him. He then said 'That murdering bitch deserves a cell'. The interview room door was left open when 'Garda A' was saying these things to me". Roisin McConnell was then taken to an upstairs interview room in Letterkenny Garda Station and, on the way there, she saw her mother, Anna Quinn, standing in the hallway. She was allowed to spend 20 minutes with her in the upstairs interview room, following which she was returned to the first interview room.
Mrs Quinn told Roisin that her sister Edel had also been arrested on the same charge. On her return to the first interview room , she was questioned by a female garda, who was then joined by 'Garda A' and another garda. Her statement to the Carty Inquiry says - " I was sitting on a chair and 'Garda A' pushed me and told me to get up. I then got up of the chair and 'Garda A' started to push me into [named garda] with his shoulder". She goes on to state that this was witnessed by the female officer, who then left the room. She says that the two men continued to "push me between them with their shoulders...."(MORE LATER).
"THE RIGHT TO BE HEARD....... .....DOES NOT AUTOMATICALLY INCLUDE THE RIGHT TO BE TAKEN SERIOUSLY."(From here.)
Following in the 'foot-in-mouth' footprints of Jack O' Connor, his colleague in the trade union leadership , the general secretary of the 'Irish Congress of Trade Union' , David Begg, has attempted to distance himself from not only the people he professes to represent but from one of the main concerns of those people - the property tax.
Mr Begg was asked if the ICTU would be campaigning against the State property tax and he replied that they would not be joining any such campaign as that tax "....is something which was enacted by the parliament....that’s a democratic decision...our business is not to interfere with that..." and went further 'native' by describing those who are campaigning against this tax as "trotskyist groups" ! Not an altogether surprising attitude, I suppose, when you take into account the fact that the man is paid a salary of €2,862 a week and is in receipt of other cash (and material) incomes.
This blog would suggest to Messrs Begg and O'Connor that, on retiring from their positions as 'leaders of the working class' they set-up a 'Government Consulting Service' through which they could sell advice to their equally overpaid colleagues in Leinster House in relation to dealing with those pesky 'fascist and trotskyist groups' whose members are trying to survive on the dole or on a wage that is just as valueless as the dole. They may not physically work out of an ivory tower (at least not in the first few months of their new adventure) but mentally and morally they are there already.
NEVER SEND A MAN OUT..... 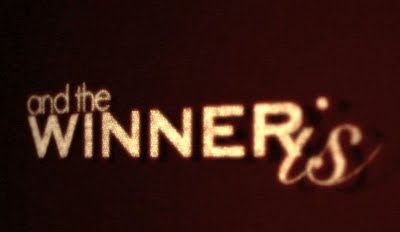 ....TO DO A WOMAN'S JOB !
Good weekend all round - us Dubs hammered Kerry , we Irish lashed the Brits out of it at the rugby and CABHAIR was the overall winner at the monthly raffle !
The hotel we were in for the raffle on Sunday 10th February last was so full of sports fans that two fairly large canopies were set-up in the car park (it never stopped raining all day!) into which large screen televisions were fitted , heaters installed and platters of food supplied to plus , of course, lounge boys and girls were jobbed to work the crowds in them. As well as the Aston Villa , West Ham , Man U , Everton , Mayo , Tyrone , Dub and Kerry fans, we raffle workers had dozens of kids to contend (!) with in our battle to hold a raffle amongst all the madness - and hold it we did, somehow, raising a decent few bob for CABHAIR in the process.
When we eventually got things underway, our first winner , 'Top Cat' , from Dublin - who won €200 on ticket number 528 - was so delighted to have won that he immediately handed over thirty euros to Melissa, the lounge girl, who had pulled his ticket from the drum , thus causing her to scream in delight in chorus with 'Top Cat' who was loudly congratulating himself , us , Melissa and Aston Villa all at the same time! After a few false starts, we finally managed to get him to pull the second ticket for us and, amidst loud cheers, a lovely young woman from Clondalkin (....my home town, where all us young women are lovely!) , Keisha, walked slowly and shyly towards us, holding the winning ticket stub - number 120 , worth €100, which she couldn't believe , to the extent that she got a wee bit flustered and had to be 'rescued' by her brother - whom we immediately jobbed into pulling the third prize - €40 - for us : and up from the back of Canopy #2 came James H , from Athlone, County Westmeath, with the winning ticket stub (number 368) and he in turn got us to the half-way mark by picking ticket number 488 as the winner of the fourth prize , which was won by Tina N , from County Clare. A clearly delighted Tina then pulled ticket number 67 from the drum, which was sold by our Anto to a lady punter, Shauna S who, as winner of our fifth prize, collected €20 for herself.
Shauna dipped her hand into the drum and removed ticket 191 as the sixth prize (€20), which was won by David, who had bought the ticket from one of our regular sellers , Owen, and then David picked out ticket number 221 as our second-last winner , which went to another 'resident' of canopy #2 , Eileen B. from Wicklow , who assured us that that was the first thing she had ever won and that she wouldn't be opening the envelope - instead, she said, it was going to be framed behind glass and kept as a lucky charm! Before she headed off to 'Frames-R-Us', Eileen ensured that a Dublin team fan , Linda L. , from Drimnagh, had an extra €20 in her purse (to celebrate the Dubs winning!) by picking her ticket , number 119, from the raffle drum , as our last prize.
Despite the heavy rain , we managed to enjoy ourselves and have a bit of craic , make eight people a bit happier and make some money for our POW's and their families. Well done to all of us and a special congrats to the CABHAIR organisation, for putting the whole show together!
NOT A CASE OF 'BETTER LATE THAN NEVER'.

"I'll stand beside you, shake your hand, work for and with your administration in the north-east of Ireland....but I'll not share a bottle with ya!"
What a plonker !
Having surrendered his claimed political principles and, with them, his (alleged) opposition to British rule in Ireland, Martin McGuinness has been reduced to doing a 'runner' out a side entrance rather than be photographed toasting the health of the same British 'queen' he queued to meet and was proud to be seen shaking hands with.
It's far too late now for the man to try and salvage any self respect in relation to his dealings with that woman and, apart from any other considerations he may occasionally suffer from regarding (self-inflicted) situations of that nature , he should also realise that such behaviour is not approved of in the circles in which Deputy First MInister McGuinness now mixes and is unlikely to advance his political career. Drive ya to drink, so it would.....
ALWAYS LOOK ON THE BRIGHT SIDE OF LIFE.....

Crown Steward and Bailiff of the Manor of Northstead , Lord Sir Gerard Adams, pictured in the servants quarters of his house.....
Not to be outshone by his fellow pet rebel (reference McGuinness piece, above) , Martin's mentor, Gerry Adams , discovered that whilst Martin couldn't get out of a building quick enough, he was (apparently) unable to get into one and, just like Martin, Gerry wanted as many people/voters as possible to know about it!
In a piece which someone in the PSF PR Department (...would have been better illustrated by the use of a corgi pic - Ed) concocted, the 'Lock Out' story was used to highlight the fact that, on Wednesday 6th February last, Mr Adams opened a 'Twitter' account. However , as with his 'Locked In' story, it would be wise to sample his 'broken downpipe' discomfort with a large pinch of salt. And then slate (!) your thirst with a glass of wine....!
GAMEKEEPER TURNED POACHER - AND RIGHTLY SO. Mary Ann Wright (above) was a US Army Colonel (and also worked, politically, for the U.S. State Department , where she received an 'Award for Heroism') until ten years ago when she lost a battle - with her conscience. She served in that military position in Nicaragua, Grenada, Somalia, Uzbekistan, Kyrgyzstan, Sierra Leone, Micronesia and Mongolia in between which she studied for, and obtained, a Master's and a law degree and was also employed by the U.S. Foreign Service.
This proud women will be in Dublin to speak about her experiences and if you can make it to the venue it would be appreciated by the lady herself and by the organisers : if you can't get there, then please spread the word about the event. You may not be afforded a second chance to see such a genuine American hero on Irish soil.
Thanks for reading, Sharon.